Today, at FMQs, Nicola Sturgeon pointed out to Jackson Carlaw, that the party couldn’t have much confidence in him if they were still using Ruth Davidson’s name in their election literature (which they are).

Davidson, probably without giving it any thought, tweeted:

Ruth Davidson
@RuthDavidsonMSP
· 6h
Nicola Sturgeon: the last person on earth who should be talking about political predecessors.

I’m thinking that she must be referring to Alex Salmond, Nicola’s predecessor as First Minister.

OK, so he was a pretty good first minister, who ran an effective minority government for 4 years (without the aid of a taxpayer-funded bribe), and then managed to win a majority in a system designed specifically to prevent that outcome. 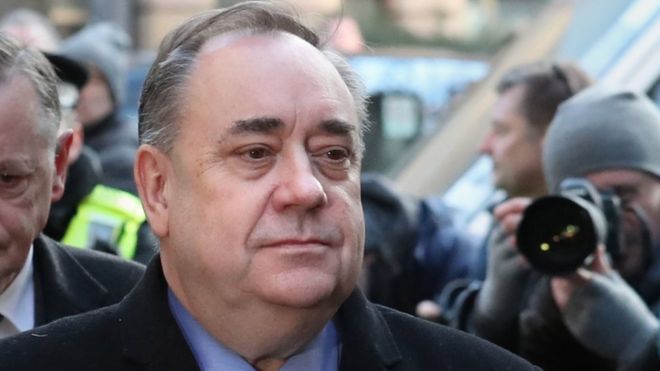 (This is particularly interesting given that, in a system designed to provide one of the two main UK parties with large majorities on a small percentage of the vote, most of the governments in London over the past 10 years have been coalitions, dependent on bribed partners, or minority governments unable to get any work done and hence obliged to seek yet another General Election.)

As senior politicians go, Mr Salmond comes out quite well certainly by comparison with his English counterparts.

So what else could she be referring to?

Well, it seems to me that the PR company with which Davidson had a job (until she didn’t), had a narrow squeak. Because we can only assume that she is making reference to Mr Salmond’s upcoming trial. And if so, that is a humdinger of a mistake.

As Peat Worrier pointed out:

PeatWorrier
@PeatWorrier
Alex Salmond has been charged with two counts of attempted rape, nine sexual assaults, and two indecent assaults. The case remains active – and undecided. For anyone to treat it as some kind of comic political football really is beneath contempt.

Scottish Tories – named and anonymous – have been talking about this prosecution with an ugly relish for months now. It is, I think, a terrible look. This isn’t some kind of political game and serious people contemplating this serious process ought to understand that.

The way I understood Scots Law was that a person was considered to be innocent until shown to be otherwise.

A defendant goes into court an innocent man or woman, and it is the job of the prosecution to prove his/her guilt. 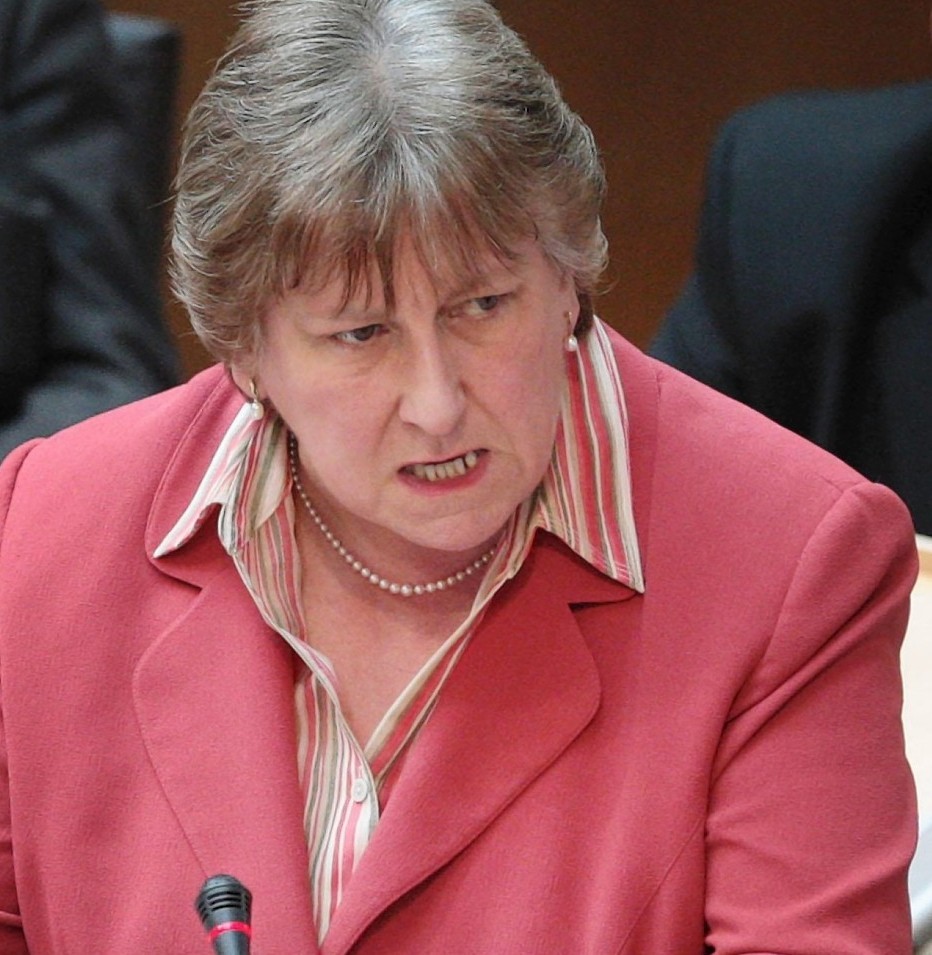 Of course, Peat Worrier knows a good deal more than I do. Him being a lawyer. So, indeed, would have Annabel Goldie, also a lawyer. I just can’t see her making that kind of mistake.

So what on earth was Davidson doing talking about Alex as if she had some knowledge of the outcome?

We know she opened her silly mouth and let the cat out of the bag with postal votes at one time, an offence in itself.

Not only is she indiscrete, but she doesn’t learn a lesson.

It is probably sensible and for the best that she is leaving politics.

"If this goes on @theSNP will forfeit all rights to manage the NHS in Scotland" a threat if ever I've heard one, @Dr_PhilippaW @JeaneF1MSP#GE2019 #VoteSNP pic.twitter.com/DXuRZpcyAD

What does Boris mean by this?

Of the four NHS services in the UK, the Scottish one performs best. So what is he saying?

Is he suggesting that the SNHS, devolved by referendum in the 1990s should be taken back into UK hands and run by the Scotland Office and the largely English House of Commons?

Well, it’s not beyond the bounds of possibility. After all, we recently pointed out several other responsibilities that have been repatriated quietly by London despite a referendum which was (to Blair’s credit) very clear about what was devolved and what was not.

Many of these items may be important in the trade talks to come, at least some with bigger and more powerful economies such as India, Japan and the USA.

So too will be the supply of drugs from US Pharmaceuticals (at vastly inflated costs compared with current pricing), about which US officials have been having a series of meetings with UK authorities recently, despite no one bothering to tell the Secretary of State for the English Health Service…well, that’s what he says anyway. Well, when I say “he says”, I really mean “he splutters incoherently which trotting out trite sound bites”

At PMQS today Boris Johnson, who has now lost all grip on reality, boasted about 17,300 more doctors & 17,000 more nurses! RT this if you want to put the record straight pic.twitter.com/ObPOnplIQs

From all that I read, the health service in England is in a parlous state. They are short of ten thousand doctors and over forty thousand nurses. A friend of mine waited three months for a GP appointment in London. There is almost no mental health care and hospital beds are blocked, sometimes for a year or more, by elderly people too ill to go home alone, but too well to be in hospital.

Years of leaving things in the hands of Jeremy Hunt has not been kind to the service, and of course many nurses and doctors (not to mention radiologists, physios and care workers from elsewhere in Europe have left for pastures new, thanks to their madcap Brexit. (Hunt said at the Tory Party Conference in 2016 that as soon as he had trained up suitable staff he would be able to get rid of foreign doctors and nurses… and clearly, some of these foreign staff thought they should pre-empt that sacking for not being English, and do the repatriation at their own speed!)

So I suspect that forcing the English Health Service on us will go down like a stone. Add to that the increased cost of the drugs and it becomes even more unappealing.

The only alternative interpretation I can take from the statement that Ditchy made there, is that he hopes that under the tender care of Jackass Carlot, the Tories in Scotland will become the government and  take the SNHS under their wings, so they can make the same sort of job of it as Hunt and Hancock have done in England.

Just for a laugh, I see they have sent Hancock, who isn’t perhaps their stupidest minister, but not far from it, out to the studios today and here he is answering questions about police in England (also in a parlous situation thanks to the Tories’ cuts).

I know that their ministers are by and large 4th rate, but there just has to be someone a bit more competent than this berk, surely???

'You know that all you're doing is trying to fix the things that you caused.' 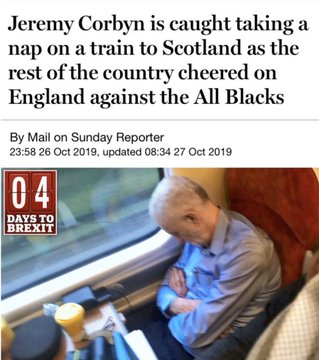 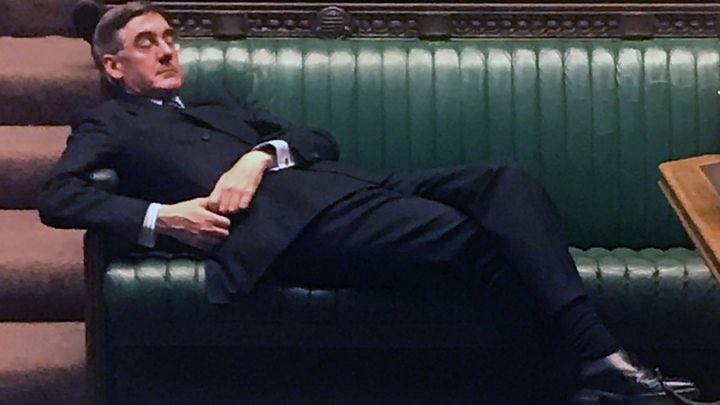 BECAUSE THEY WOULDN’T VOTE TORY

Tobias Ellwood just said 16-year-olds shouldn't be allowed to vote in #GeneralElection2019 because they'd vote against the Tories.
That is the state of our democracy right now.#GE2019 @Tobias_Ellwood #Votesat16 pic.twitter.com/ulMrQIYMp1

Of course, it works in Scotland, Guernsey, Wales and the Isle of Man, amongst other places, and there is an argument that surely, if you can leave school, go to work, pay income tax, alongside the VAT you’ve been paying since you bought your first snack, get married, have a kid or two (and, if you’re 17, join the forces), then it seems not unreasonable that you should be able to participate in the choice of government… (but clearly, only if you are going to vote Tory). 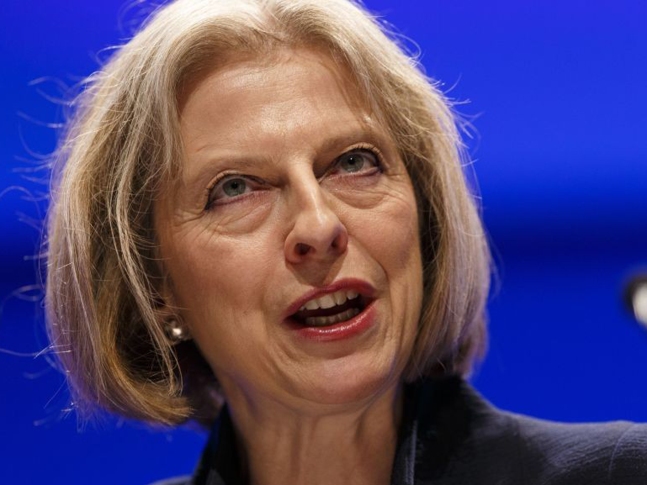 I know that there are arguments that suggest that 16 and 17-year-olds don’t have the maturity to work out what party they should vote for (unless it’s Tory, which it’s unlikely to be).

But that, in my view, is drivel.

I had, until recently, an absolutely lovely neighbour who was in her 90s.

When she started to vote, way back in the mists of time, she was told how to vote by her father. As it happens, in this case, it was Labour (but I bet that every party has its share of people in the same position).

At 92 she still voted Labour, although, heaven knows, the party had changed more than a little in the intervening years. When I asked her why, she said that, although he had been dead for at least 40 years, her father wouldn’t have liked it if she voted for another party.

Further questioning revealed that she didn’t know what Labour’s (or anyone else’s policies) were and she wasn’t interested. She didn’t consider politics from one election to the next.

She voted because her father had told her she must, and she voted Labour for the same reason.

Maybe she really wasn’t mature enough to have a vote… at 92!

Meanwhile, it seems to me that bringing a child into the world demands a very great deal more sense of responsibility than putting a cross on a ballot paper. 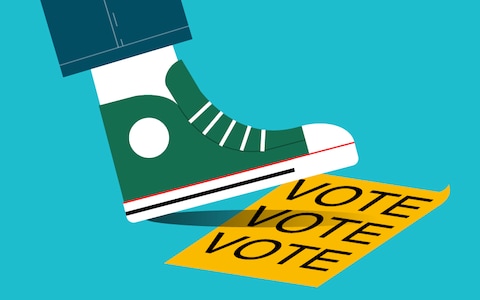 As for old Toby? Duh, Dipstick. You’re not supposed to let the cat out of the bag like that. 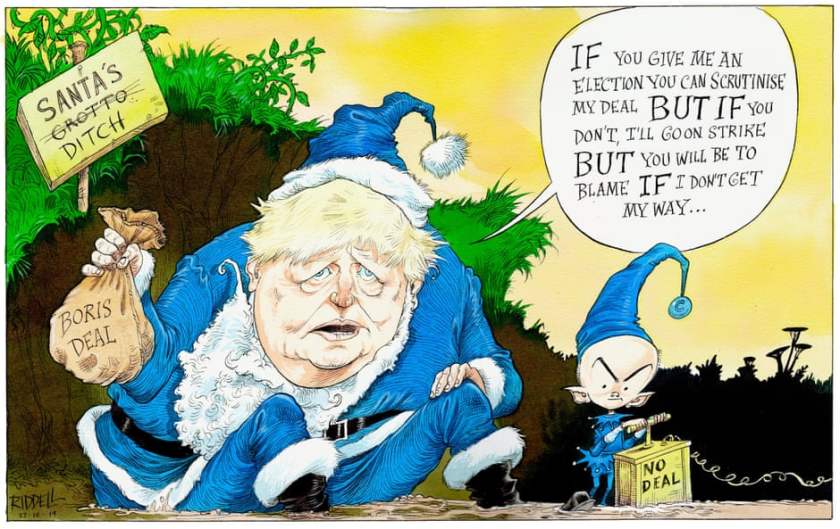 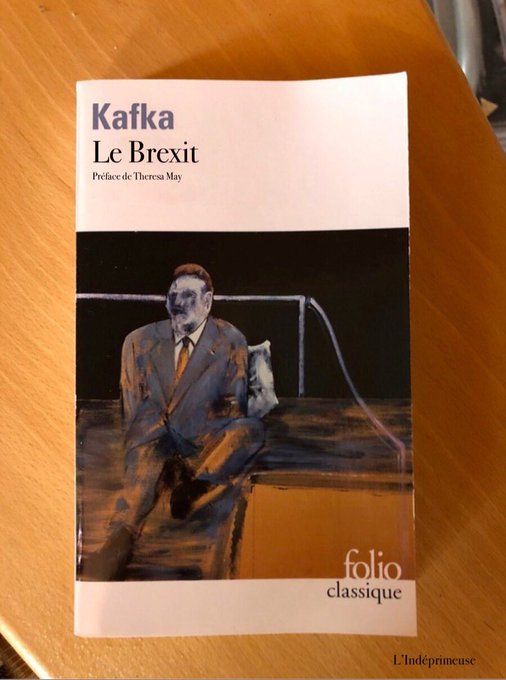 David sent me a collection of autumn photographs from around the world, which I thought I’d share with you. But for fear of the wrath of Panda Paws, Munguin suggested a couple of Orangutans should be asked to host the page, as usual with a few other animals just to keep order.

I hope you enjoy. 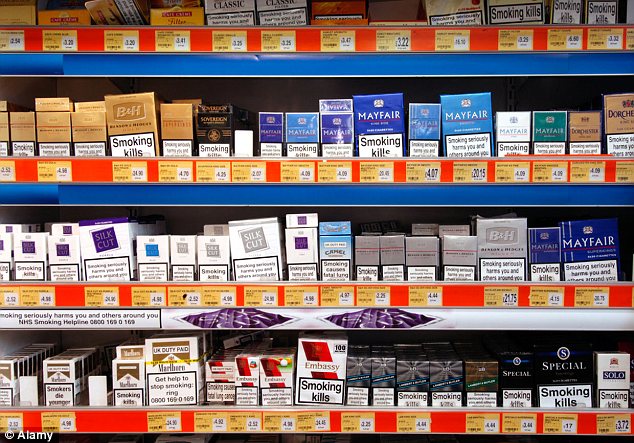 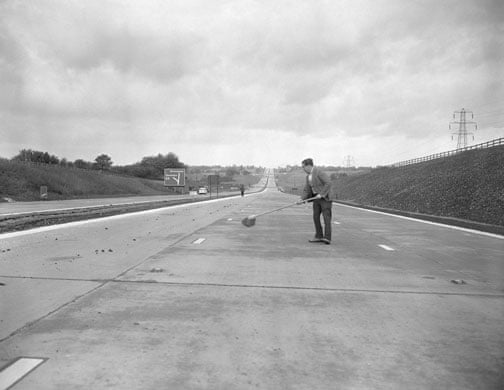 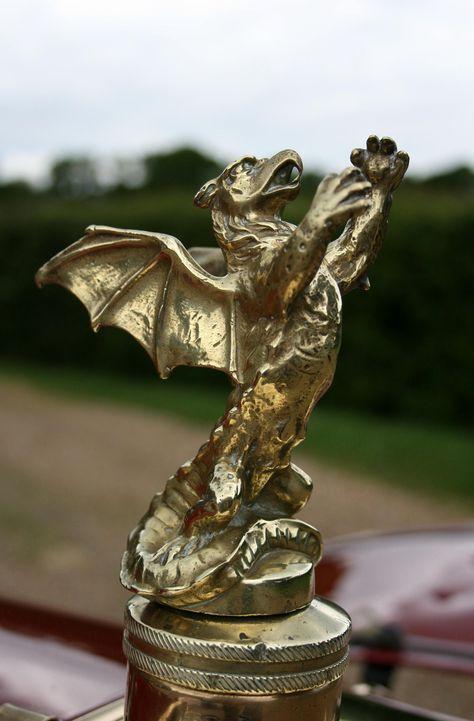 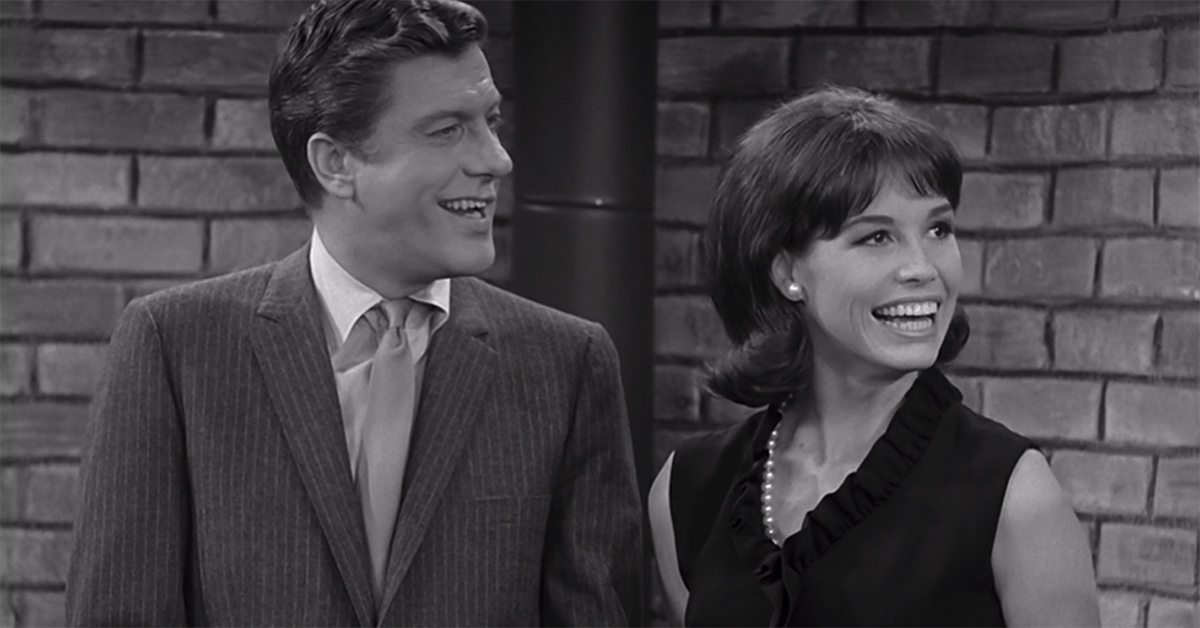 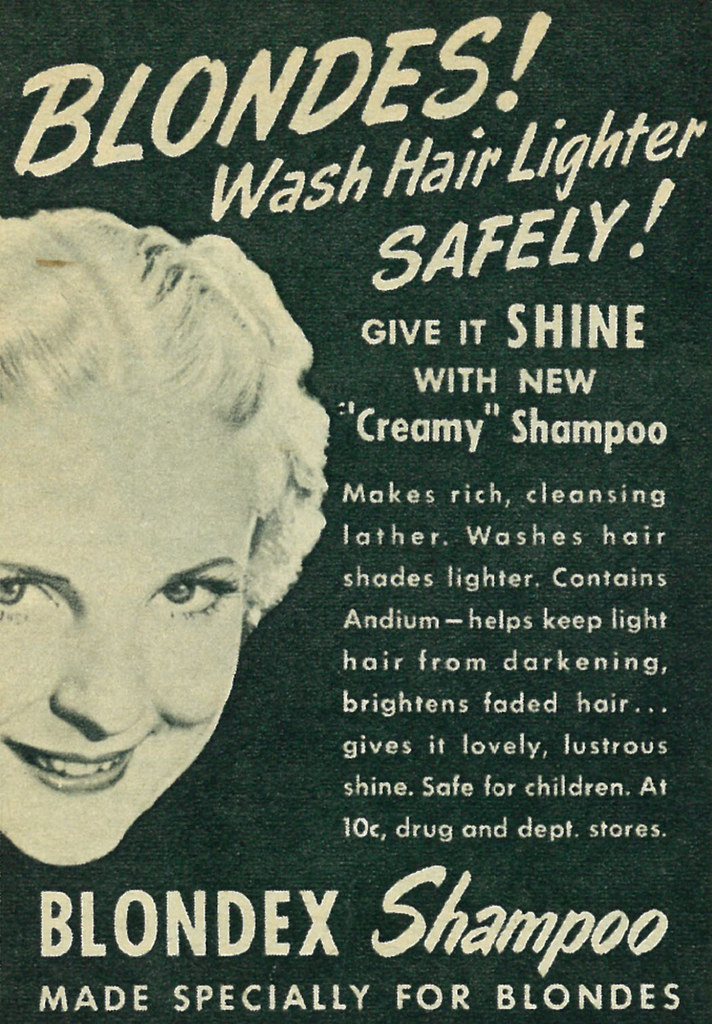 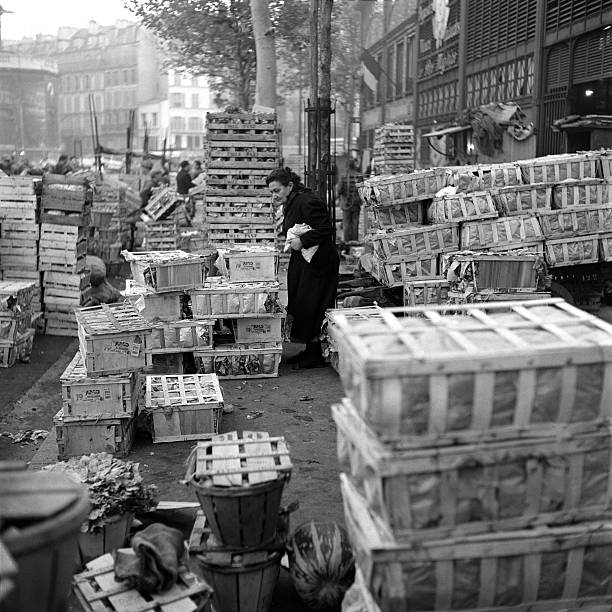 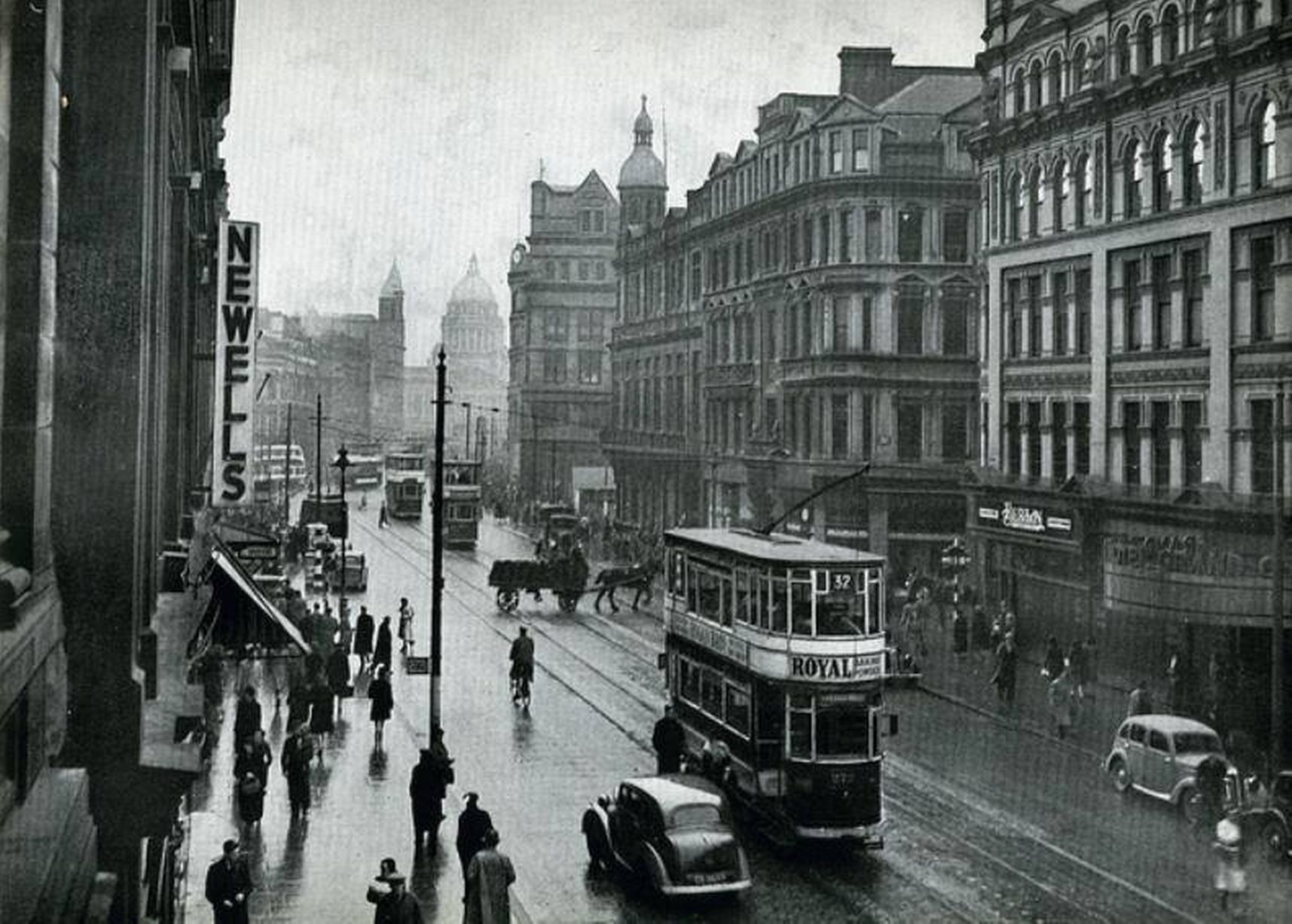 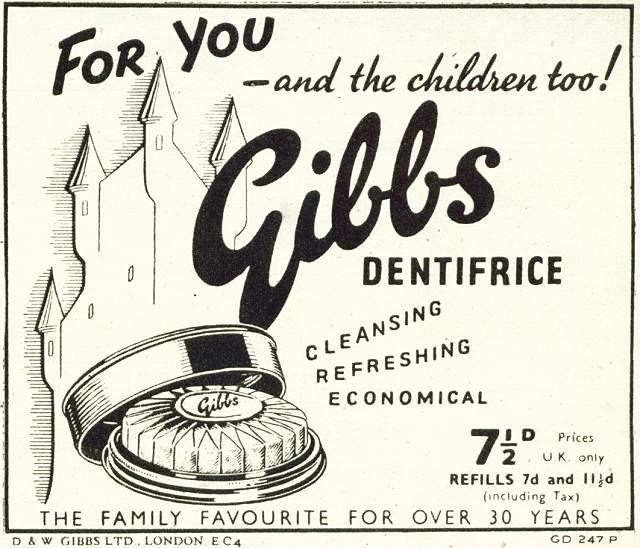