This morning, while everyone was wittering on about snow, Boris (the bus) Johnson, the UK’s esteemed Secretary of State for Foreign and Commonwealth Affairs took to the air to tell us that the Irish situation was a piece of cake (which he was going to eat and to have all at the same time).

“We think that we can have very efficient facilitation systems to make sure that there’s no need for a hard border, excessive checks at the frontier between Northern Ireland and the Republic.

So that’s Northern Ireland settled then. No need for any further thought on the subject (probably just as well!). Boris is going to initiate a congestion charge.

Well, next, I noticed that Andy Burnham was complaining on radio about the lack of investment in “The North”.  By the way, it’s interesting that people who told us that we were one great happy family of a nation in the UK, still refer to Newcastle as the North East and Manchester as the North West, despite them being, well, in the south!

Anyway, he pointed out that Scotland has a representative on the Cabinet Committee that is making what passes as “plans” for Brexit (y’know, all these congestion charges) but “the North” does not.

Because he was being interviewed by the very second-rate Robinson, he got no challenge on that. But I’d be interested to know which one of the Tories Andy thought represented Scotland, and where he or she was sitting in the cabinet room. I’m damned if I can see him/her. Maybe it was Fluffy and he was polishing their shoes under the table.

And I notice that Jeremy Hunt won a humanitarian award at an event which he helped organise. I’m not sure what to say about that, except that, call me thick if you will, but “Humanitarian” and “Hunt” aren’t words I’d normally associate with each other or indeed expect to see in the same paragraph. But in a world where the Saudis were chosen to chair a UN committee on Human Rights, anything is possible, I guess.

But, not everything is depressing. Indeed, this is cheering. Jacob Rees Mogg has developed a social conscience. He’s worried sick, poor soul, about the poor being denied the benefits of Brexit.

Ross Thomson has a blog.

… AND IT’S GOING TO BE VERY COLD

Or so we are told. So Munguin is reluctantly turning the central heating up a degree or two, and Tris has been sent to get in provisions (mainly lots of Veuve Cliquot) so that we shall be sustained should it get bad. 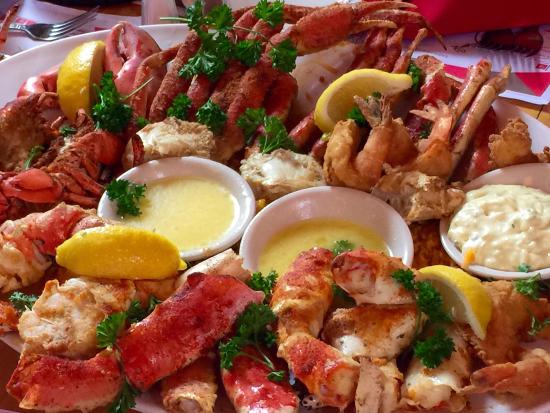 Keep warm, Munguinites. Check on your neighbours too, offer a helping hand if you can. Munguin is sending Tris around the neighbourhood to do just that as we speak.

Getting around in the #uksnow I'm pretty sure this isn't the #beastfromtheeast though. pic.twitter.com/jy3yP8U585

And make sure the birds are fed.

It should be over by the weekend.

On the other hand, it might not happen at all. And the beast from the east may be nothing more than next door’s disgruntled cat.

I hear there's a #BeastFromTheEast this week. I'm worried some kinda scary cat is on the way… #uksnow pic.twitter.com/x5UciXzZoP

But in any case, whatever else you do…

It’s very unpatriotic. And not at all British!

Today and tonight the Maybot was holding long drawn out (probably painful) cabinet meetings, for some reason unknown to me, at Chequers, her country estate.

The purpose of these meetings is to thrash out what Britain will be taking to the table in Brussels. Brussels has already published its basis for negotiation. The UK, of course, has either no strategy or a dozen strategies, whichever you think the most appropriate to describe the dithering indecisiveness of their approach.

Now, of course, not all of the cabinet is there, but you can certainly see the top people along with (for some obscure reason, which may be that Mr Murdoch demanded it), Gove. Also you see Foxy (as in “call me doctor”), Rudd, Hammond, Johnson, etc.

In all of these people, I was wondering who was speaking on behalf of the unique situation that Scotland finds itself in. With its people having voted by not far off 2-1 to remain in the EU (having been promised that staying a part of the UK was the only way to guarantee our continued rights as European citizens), you’d have thought that maybe someone would have thought to invite either Her Right Honorable Colonelness (who told us she attends cabinet meetings as of right) or Fluffy Muddle who is…well, whatever he is. (To be fair, he may be temporarily absent having been sent to the kitchen for the rich teas! Come to think of it Ruth may have been called upon to defuse a mine or even bake the rest of them a cake.)

Just a modicum of respect for Scotland’s position would have been appreciated but, to be honest, wasn’t expected.

Initially, you may remember, I was up for Jeremy Corbyn.

I was delighted when, not once but twice, he beat the right wing Blairites into oblivion. What a delight to see the smug self-satisfied right wing of the Labour Party (Tory-Lite) eating crow, as they found their dreams of self-aggrandisement and importance disappearing faster than the proverbial sna’ aff a dyke, to be replaced on the front bench by the slightly scruffy beardy leftie backbencher, who claimed next to nothing in expenses. How cheers too, to see the unlovely Cameron make a real fool of himself when he mocked the man because he hadn’t spent £5000 on his suit.

Frankly, however, I think he has been a disappointment as a leader.

Fair enough, he has always been a Brexiteer and he hasn’t gone against his principles as far as I can see on that. But you can believe in Brexit without agreeing with everything the completely half-witted government in London is doing to drive the country off a cliff and bring back trouble to Northern Ireland.

He has no plan, no strategy for withdrawal that doesn’t mirror that of Fox or Gove.

In short, he’s not got a clue.

And talking about not having a clue, he really needs to stay away from Scotland, because he knows less than nothing about the country, its laws, its government and its people. Every time he comes here he makes a fool of himself and damages his party (like Dick wasn’t doing that well enough at that!). 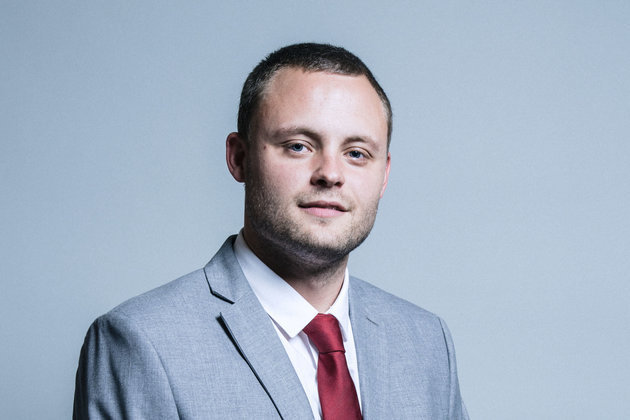 A poor leader he may be, but now senior government figures (and the daft wee soul above), with nothing much to batter him down (as he agrees with so much of what they say, but is personable with it), have decided to accuse him of being a traitor; of committing treason.

I think you have to be VERY sure of yourself before you accuse a political leader of Treason. And it seems that people in the Defence and Security departments have done just that… not to mention the wee chubby bunny blokey, Bradley, who seems to suffer from foot in mouth disease and is clearly working on a book of “embarrassing tweets what I have sent“.

Not, I suppose in fairness, that anyone gives a damn what he thinks about anything in the whole world.

Full credit to Andrew Neil. He just demolished the Tories for sinking to new lows in their Corbyn "Soviet Smears". pic.twitter.com/qNosdfpcKH

I not a fan of Andrew Neil either, but in fairness, he can, and does, hand incompetent ministers their posteriors on platters… or their arses on plates, for those of you who don’t come from Morningside or Kelvinside.

Steve Baker is a particularly poor specimen of a minister. In normal times he’d never get past bag carrier. But I guess that no one much wants to work in the Department for Exiting Europe, given that David Davis is an incompetent fool and that no one in their wildest dreams thinks that Brexit’s going to end well. So probably May was dredging the bottom of the barrel to find someone to fill the job.

But, he needs to learn that when you go on tv representing the government, you have to either stand behind your colleagues or …well, you need to resign. 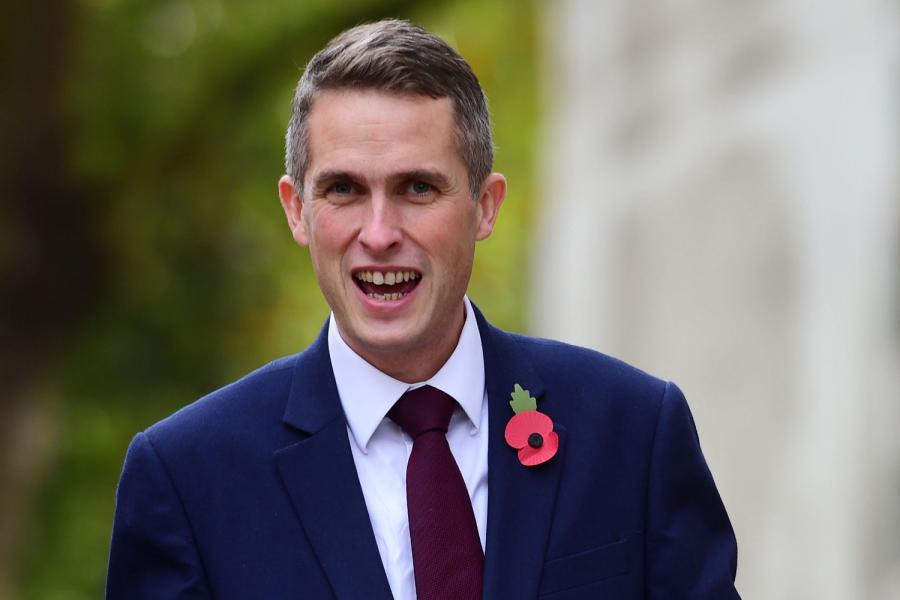 As for Gavin Williamson. Why was he ever appointed Defence Secretary, and why is he still there?

I just read that Murdo Fraser refused to appear on Good Morning Scotland opposite Ivan McKee and gave as his reason that it was because he shadows Derek Mackay. He wanted Derek MacKay to appear with him.

I think we could make a stab at why the real reason Mr Fraser didn’t want to appear with Mr McKee, don’t you?

What a LAFFer Curve!

And, as an antidote …

Thanks to Elaine Lloyd (whose tweet I pinched)  for these figures.

And thanks to Kangaroo for pointing us in this direction:

Survivors of the school shooting in Florida are calling for a march on Washington to demand action on gun control. "People are saying that it’s not time to talk about gun control, and we can respect that. Here’s a time: March 24, in every single city." https://t.co/ObmdZo67La pic.twitter.com/qaJfAZy99k