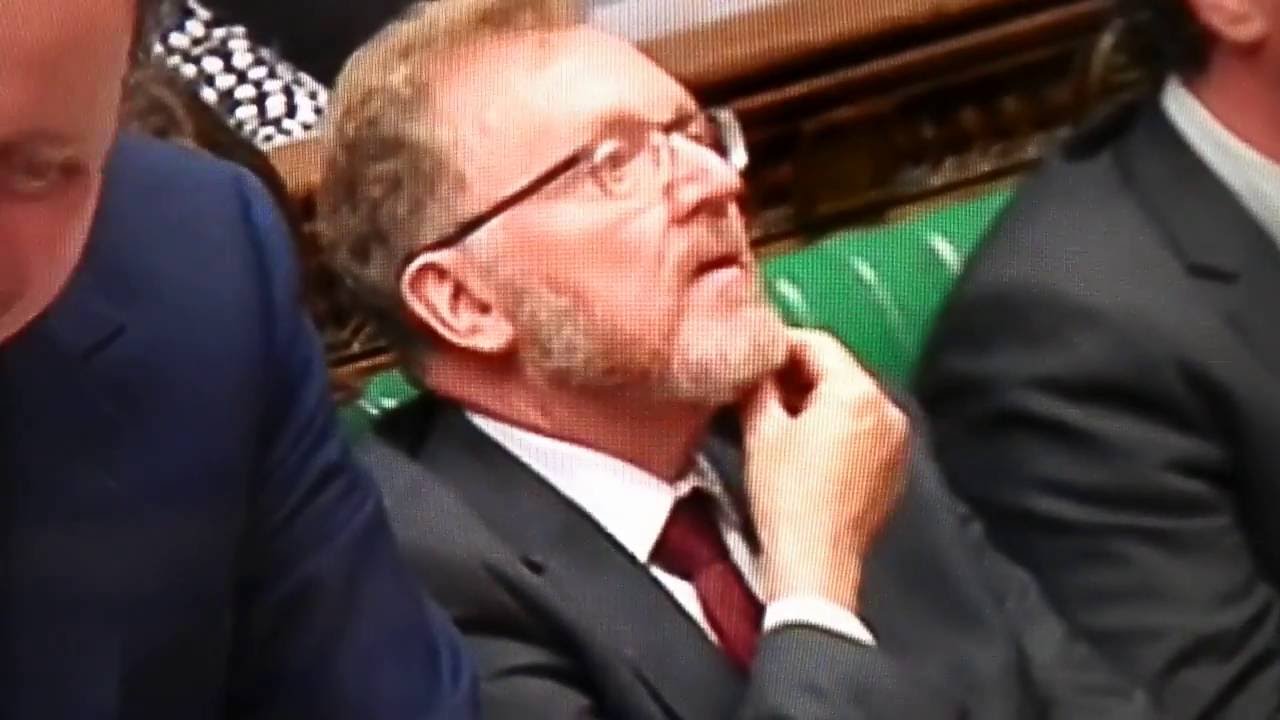 .@theSNP and Labour MPs gloat as the PM’s Deal voted down. And what are their solutions? A General Election, an independence referendum . Yet again politicking and self interest over the National interest

And that was the view before your idiot government and prime minister got its incompetent, unprincipled hands on the negotiations.

Every Westminster constituency in Scotland, including your own; every council area too, voted to remain.

The SNP IS voting in the national interest.

May I take this opportunity to remind you too, that there were also many Tories (your party, you may recall) who voted against the prime minister’s deal. I don’t need to reiterate any of the comments they made about slave states. I’m sure that their vitriolic comments are imprinted on your brain. So why just have a go at the SNP?

Indeed, two Tory Brexit Secretaries and a foreign secretary, not to mention countless junior ministers and PPSs resigned over the hopelessness of your prime minister’s deal.

If you wanted to know the solutions put forward by the SNP, then the paper produced by the Scottish government would have been a good place to start. You are supposed to have read it, although I doubt you have.

Secondly, had you been paying attention, the other day Joanna Cherry put forward a proposal.

Have you any solution?

This whole ridiculous Brexit situation came about because your last leader decided to try to outwit Tory MPs who were plotting to defect to UKIP. He was so sure that he would be in a coalition with the Liberal Democrats (who would veto his Referendum plans) that he took a risk on everyone’s future to save his party’s bacon.

Then, as we all know, it went horribly wrong, at which point he disappeared into a millionaire’s shed to write his memoirs, make more money and leave everyone else to clean up his mess.

Finally, I’d remind you that you told us during the Scottish referendum campaign, that it would be disastrous for Scotland to be outside the EU, and you did so again during the EU referendum campaign.  I don’t know how genuine that was, but it remained your opinion until England voted to leave. Proud Scot, huh?

Presumably this change of heart enabled you to retain your seat at the cabinet table, especially after the disastrous 2017 elections where there were other candidates for your post.

And you try to make political capital out of the SNP voting the way Scotland voted.

I’m ashamed that you represent my country in Westminster… You make me sick.

PS: Incidentally, f you want to hear more people jeering at your government then I suggest you go… well, just about anywhere and open your ears.

For a proud Brit Nationalist, you appear to have no earthly idea what a fool your people have made of the UK.

A wee selection of Scots words and phrases that have been introduced to Hansard after being spoken at Westminster… pic.twitter.com/RltJ5ZwZNa

Activity may be a bit restricted over the next few days, folks.

The dreaded lurgy appears to have taken itself off and I’m feeling a little better, but my mum was taken into hospital last night and will be there for a few days.

So, I may or may not have time to do much Munguining…

But, in the meantime, enjoy the great Scots words being introduced to the UK public thanks to unashamed Scots using their language in the hallowed British parliament.

I wonder if that’s an appropriate plea given that, once free, Moses’s people were lost in the wilderness for 40 years.

(I’ve just read that a telephone conversation between May and Mrs Foster resulted in Arlene saying NO.)

It’s OK, Mr Blackford was clear that he couldn’t disclose any actual information about his source or about the facts. Just the conclusion.  I suspect we already knew it.

Thanks as ever to BJSAlba.

INVITED A FEW CLOSE FRIENDS… AND HAD A GET-TOGETHER…

George Square is absolutely packed for #UseTheMandate rally. So many have come out to show their support for Scottish Independence. 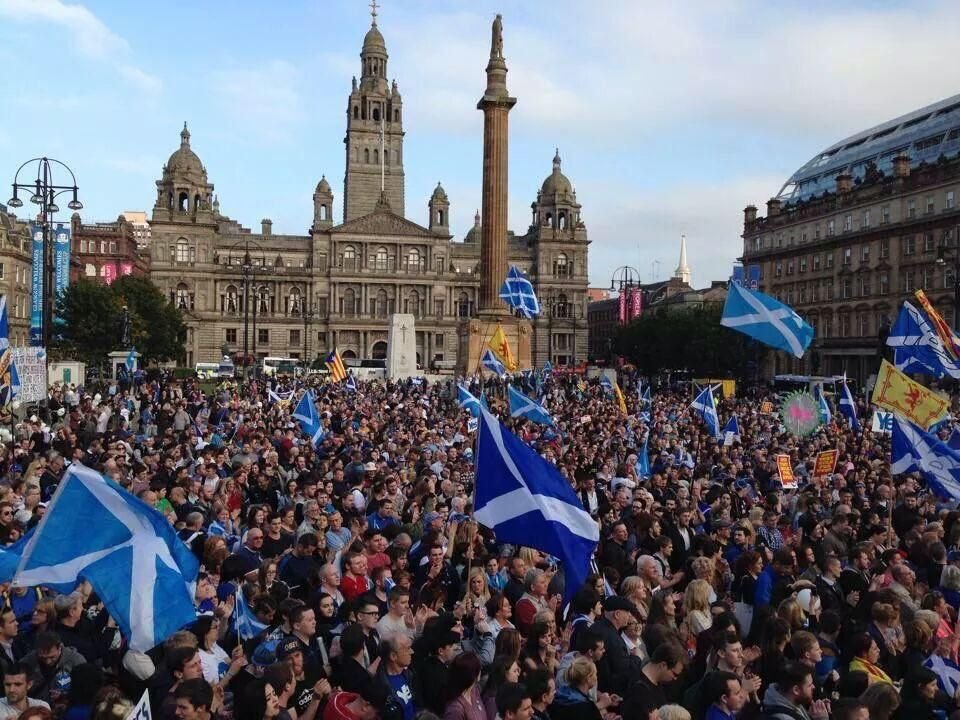 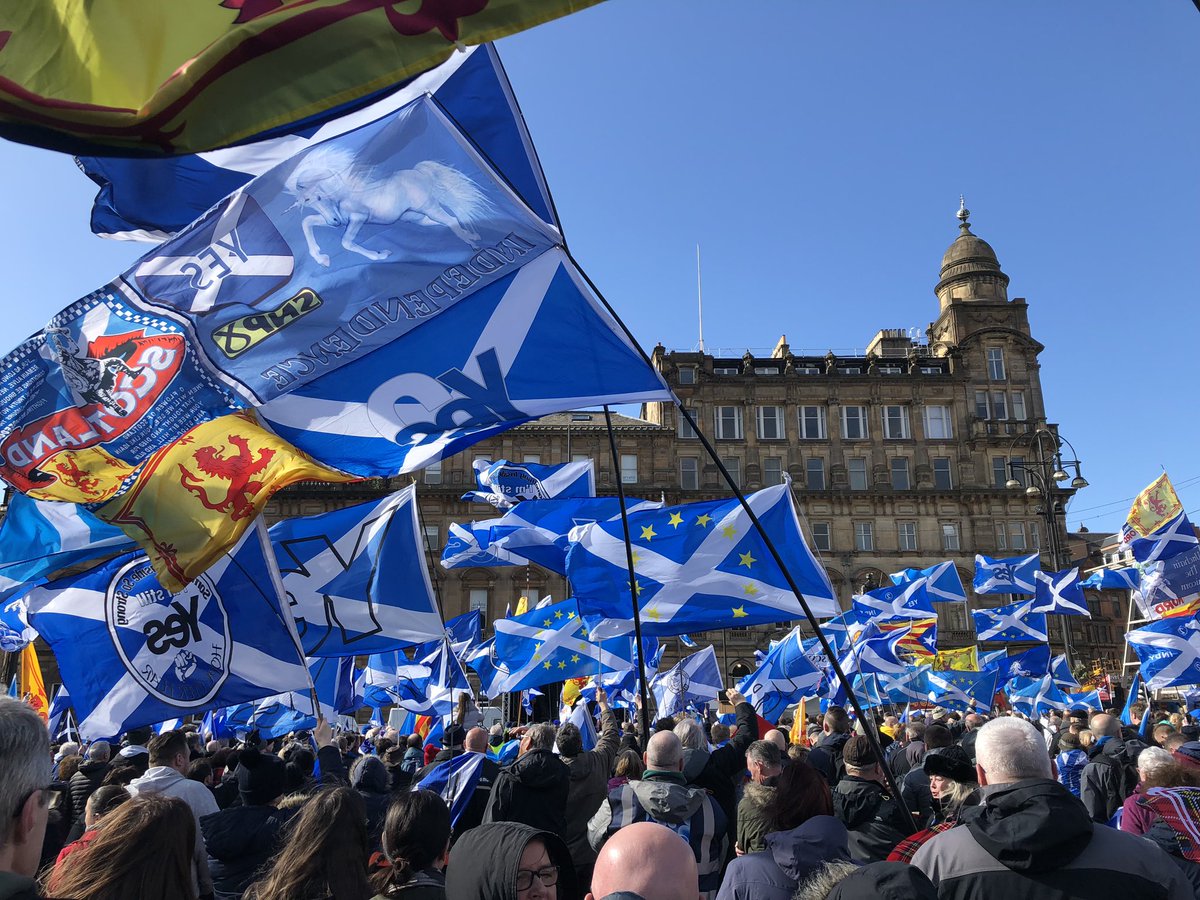 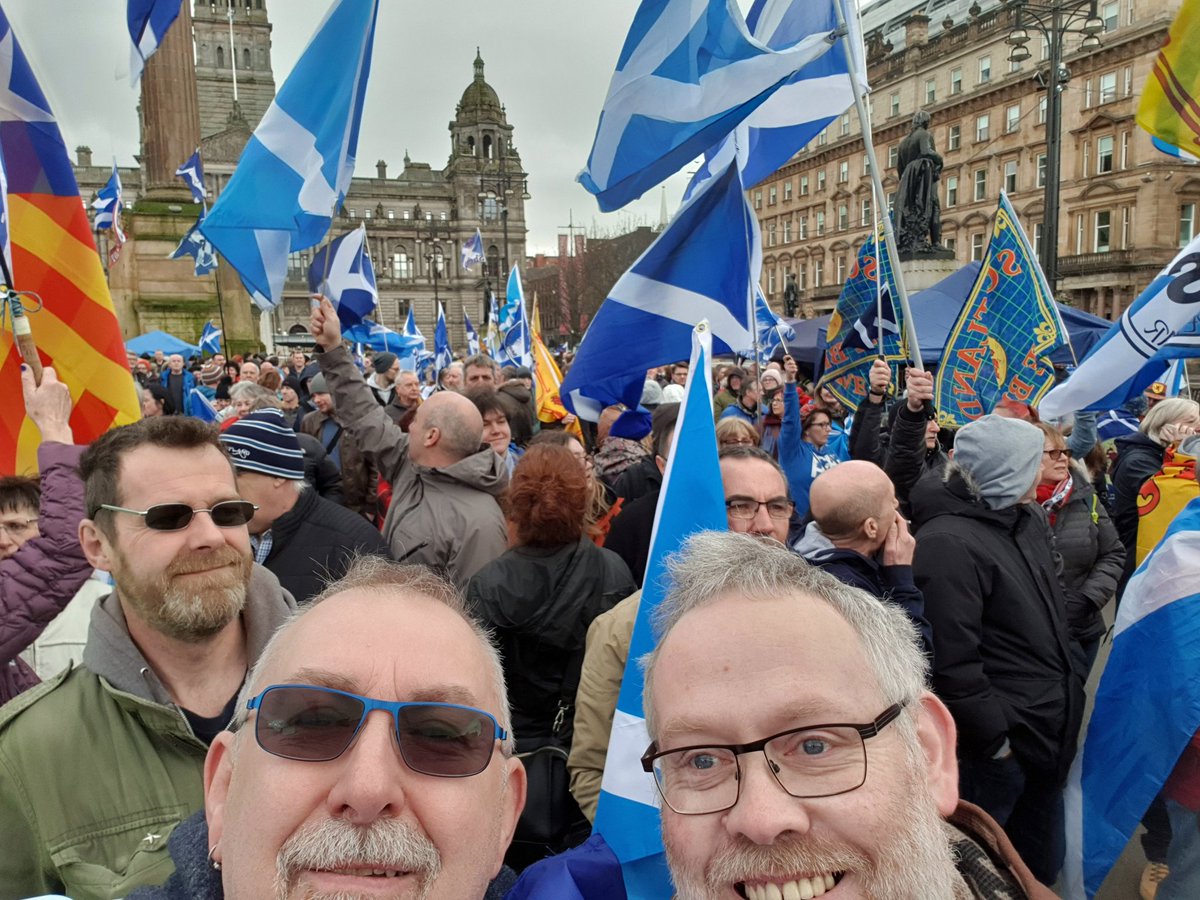 As I wasn’t able to be there myself… what with having a nasty virus and all, I would like to thank all the people you put up pics, which I then pinched.

Special thanks to my mate, Jonathon Poole-Smith, who actually gave me permission to use his stuff…

If anyone has pictures here that they want me to take down, just let me know.

If you're having a bad day, baby goats are here 😊 pic.twitter.com/k28YVZfpov

An octopus trying to hide in a shell.

Having a bad day? Here's a panda trying to get in a hammock. pic.twitter.com/OBQKHIRS0c

"Voting against no-deal does not prevent it from happening."

EU Brexit negotiator Michel Barnier says the UK must submit a "concrete plan" if it wants the EU group of 27 countries to consider delaying Brexit. pic.twitter.com/YzvJtP9DmU

Will she come up with a good reason for there to be an extension?

What could it possibly be… I mean, if you have taken it to the wire with parliament before and failed dismally to get an agreement, what can you possibly do that will please MPs enough to make them vote for essentially the same deal with a few minor tweaks?

The backstop is non-negotiable and won’t be any different in 3 months. What else is there? 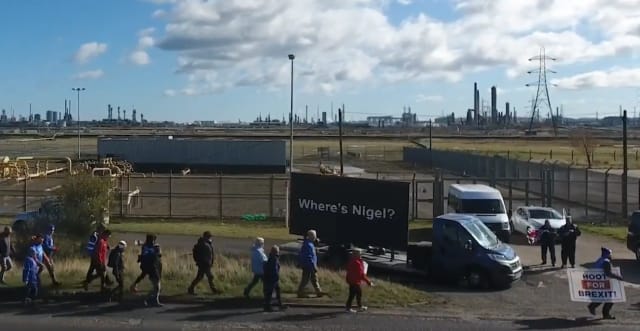 He hasn’t been seen for a few days now. He can’t have spent all that time in the pub… can he?

One of the Tory Party’s dimmer lights, she didn’t hold enough of an opinion on Brexit to actually vote in the referendum… and then, as soon as Mrs May’s whips told her what she thought, she tumbled to it… and indeed is probably sure that she knew it all along.

The captions on this are hilarious.

My thanks to Sarah Mackie for drawing it to my attention. 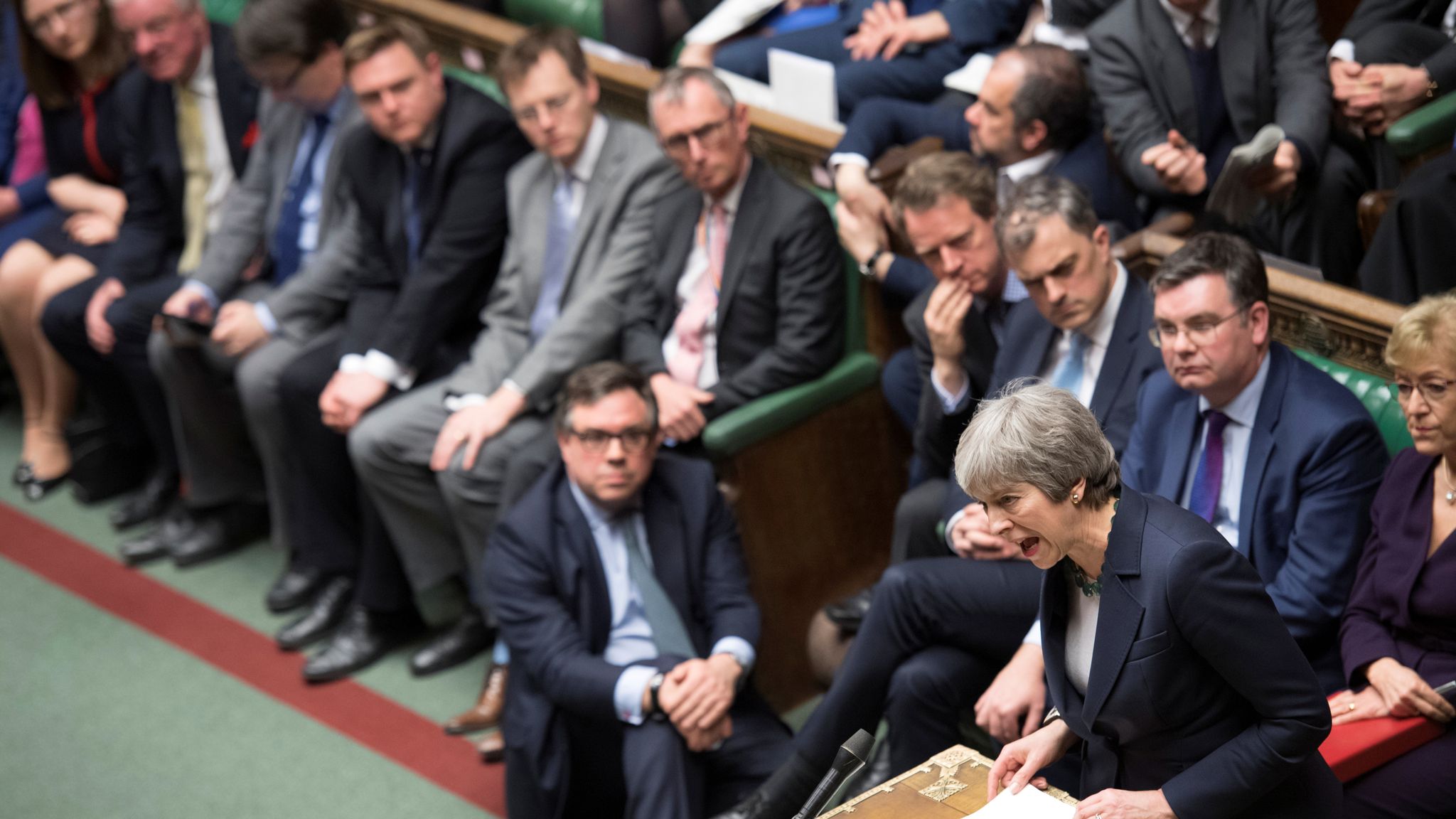 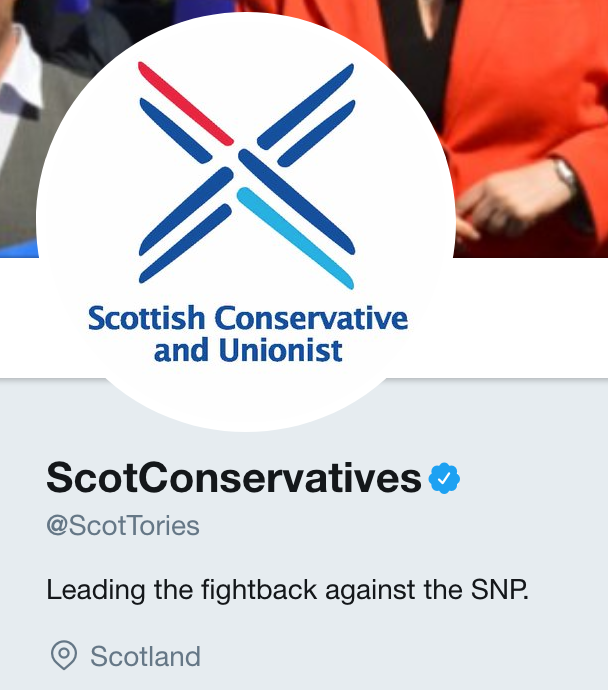