Well, that’s “another year over… and a new one just begun” (as John Lennon would remind us, although I’m sure Monica will claim it as hers).

Munguin and I would like to thank all of you for your support during 2017 and we’re looking forward to another year of blogging. Most of all we look forward to reading what you say. The comments make the blog. We never forget that.

Here to celebrate 2018 are some lovely pictures of Devil’s Bridge in the Azalea and Rhododendron park at Kromlau in Saxony in various seasons. 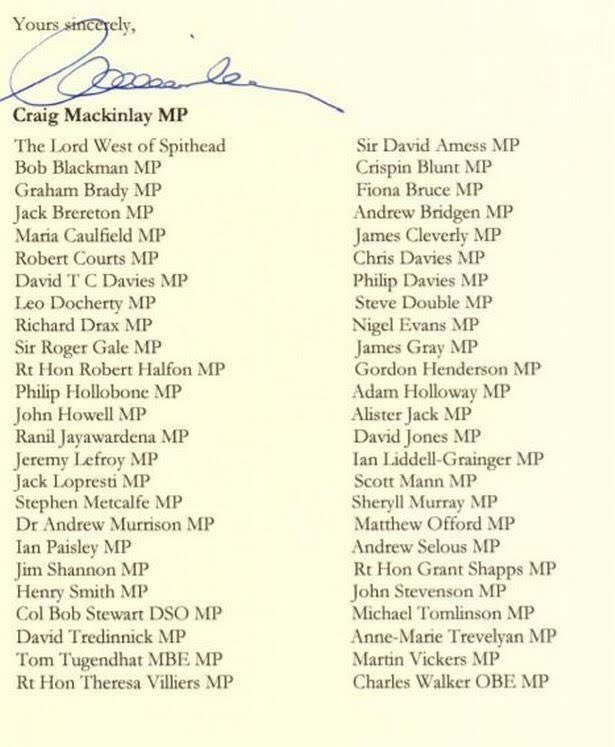 Obviously, when everything in the country is running just fine, there’s no debt, no poor, no homelessness, no drugs problem, the transport and health services are just tickety-boo,  pensioners are treated well and the whole place is running as smoothly as, say Norway, you might as well splash out on a royal yacht. It’s something to do with the embarrassment of excess money that years of prudent government has delivered.

So it may come as a surprise that it’s not a Norwegian MP who is proposing to build a new royal yacht… but an English one.

Some blokey called Craig MacKinley (and he has the backing of 50 MPs) has written to Boris Johnson proposing just that.

“has to fly the white ensign, because it is crucial that it is (sic) crewed by our Royal Navy.”

MacKinley says in his letter that many MPs (50 out of 650 is probably best described a “some” rather than “many”) and people around the country would favour this. It could, he suggests, be used by both members of the royal family and members of the government. (So, only the nobs… no plebs?)

He reckons:  “As we leave the European Union, there has never been a better time to consider how Britain projects herself on the world stage” (I’d not disagree with the principle here. I’m just thinking this may not be the way to do it).

“The view of many MPs and people around the country is that the Government should commission a new Royal Yacht Britannia designed and built domestically to showcasing post-Brexit Britain and bringing trade to our shores.

“To be achievable, we need to generate the money to build a new Royal Yacht – an estimated £120m.” (Mind, you’d need to remember that the cost of everything in the Uk seems to double or triple within weeks of an announcement)

“And it has to have a strong connection with our royal family, as that is the unique quality that will make its service to our nation succeed.” (Whatever!)

“Britain remains the third largest maritime power in the world and we have a unique history and connection with the sea.” (Even if most of your ships are in for repair at the moment?)

“Our country needs and deserves a floating Royal Palace that can be used to host meetings and exhibitions to showcase the best of British business and project our humanitarian role across the globe.” (Even better, what about a humanitarian role in the UK?)

OK, I’ve said enough. You probably need to go mop up the vomit. But some may disagree with Munguin and me, and think that it is right and proper for Mr Fox and his young friend Mr Werrity, in the company of Kate Middleclass, and possibly even Miss Marple, to have a yacht which reflects not only the Greatness of Britain and its iconic blue passport… but their own self-importance.

You’ll remember the last time that old British sword of truth came out? Aye Jonathan Aitken ended up in the pokey.

As we shall shortly find out.

The what of what? I mean, uhhhhh? If there was ever ANYTHING in the world that less resembled an iron lady, it’s this stuttering stumbling idiot. I’m wracking my brains to think of just one thing she’s got right.  Ever!

I noted that in Mrs May’s Christmas message to us lesser beings (painful to watch as she tries to emote), she wanted to remind us that this is a Christian country.

She said: “Let us take pride in our Christian heritage and the confidence it gives us to ensure that in Britain you can practice your faith free from question or fear”.

She is, of course, the English/female version of the Gordon Brown “son of the manse”, the “vicar’s daughter”

I managed to avoid the Queen’s Christmas message (well done. Tris) but I’d lay a pound to a penny that she reminded us that in her long reign she has always tried to follow the teachings of Jesus Christ. After all, she tells us that every year.

And we all know that the real power in the country is held by an unelected Christian fundamentalist, who apparently believes that the world was created by God 6,000 years ago and that he laboured for 6 days doing it, and took the seventh day off. And you mustn’t call her a dinosaur because there never was such a thing!

And yet these three women, strong advocates of Christianity, oversee a country where the rich get richer and the poor get poorer.

It’s a mean cruel little place in which a woman who is going to marry into the royal family can spend £55,000 on a dress for a photoshoot, parliament can spend tens of billions on doing up its own buildings, Buckingham Palace gets extra money for repairs… and at the same time doctors are prescribing food to patients who are ill because of malnutrition and  we see the return of Victorian poverty illnesses like rickets.

And that’s BEFORE we leave the EU, which now all but a few predict will be an economic disaster for Britain at least for the foreseeable future.

The following came from readers comments in the article above. Just how inhuman do you have to be to put this kind of regime into operation?

“One case where the claimant’s wife went into premature labour and had to go to hospital. This caused the claimant to miss an appointment. No leeway given”

“It’s Christmas Day and you don’t fill in your job search evidence form to show that you’ve looked for all the new jobs that are advertised on Christmas Day. You are sanctioned. Merry Christmas”

“A London man missed his Jobcentre appointments for two weeks because he was in hospital after being hit by a car. He was sanctioned”

“You’ve been unemployed for seven months and are forced onto a workfare scheme in a shop miles away, but can’t afford to travel. You offer to work in a nearer branch but are refused and get sanctioned for not attending your placement”

“You are a mum of two and are five minutes late for your jobcentre appointment. You show the advisor the clock on your phone, which is running late. You are sanctioned for a month”

“A man with heart problems who was on Employment and Support Allowance (ESA) had a heart attack during a work capability assessment. He was then sanctioned for failing to complete the assessment”

“Army veteran Stephen Taylor, 60, whose Jobseeker’s Allowance (JSA) was stopped after he sold poppies in memory of fallen soldiers”

“A man had to miss his regular appointment at the job centre to attend his father’s funeral. He was sanctioned even though he told DWP staff in advance”

“Ceri Padley, 26, had her benefits sanctioned after she missed an appointment at the jobcentre – because she was at a job interview”

“A man got sanctioned for missing his slot to sign on – as he was attending a work programme interview. He was then sanctioned as he could not afford to travel for his job search”

“Mother-of-three Angie Godwin, 27, said her benefits were sanctioned after she applied for a role jobcentre staff said was beyond her”

“Michael, 54, had his benefits sanctioned for four months for failing to undertake a week’s work experience at a charity shop. The charity shop had told him they didn’t want him there”

“Terry Eaton, 58, was sanctioned because he didn’t have the bus fare he needed to attend an appointment with the jobcentre”.

Added to this they removed £30 a week from the sickest people, they are in the throes of rolling out a system for benefits (Universal Credit) that does not work (still!) but not in Cabinet ministers’ constituencies, and amongst a list of other miserable mean minded policies aimed at saving money at all costs, most of the people of Grenfell Tower (the building that burned down because the richest council in England couldn’t be bothered putting proper insulation on it because it was populated by poor people, and for whom there was recently a big service in London, with bigwigs including Charles and William and the Maybot herself), are still homeless, and May laughed off the notion of child homelessness on the basis that kids weren’t actually sleeping on the cold streets in the open air…as many adults are. All fur coats and no knickers!

In England, NHS trusts are cancelling non-emergency operations as their health service falls apart for lack of money, staff and someone to manage it. Schools in some areas are washing kids’ clothes and taking parents to food banks or feeding them in breakfast clubs, while at the same time begging for money for books from richer parents. Prisons in England are in many cases privatised. The staffing levels are ridiculously low and the population ridiculously high. Violence is rife and riots are frequent.

I could go on, through other areas of public life: ships that are letting in water and that were built to carry aircraft we haven’t bought, Cabinet ministers falling like ninepins because they lie to the prime minister… the lowest pensions in the developed world to show how little we care about our elderly population (unless they are royal or lords) and the total mess that is Brexit deteriorating by the day…but by now you’re getting bored.

A lot of Munguin’s readership is Scottish. We are lucky. Our health service is the best performing in the UK, as are our trains. Our prisons are better managed, and so far I’ve heard nothing of rickets. Far from perfect, we may be, but we are lucky. It’s no joke to be in England and not to be rich. (They find money for rich people)

So that is the Britain which hails blue passports as a major achievement.

That’s the Queen’s idea of a Christian society.

I’m not a Christian, but I was forced as a schoolboy to go to daily Christian services at school in England and made to do two lessons a week of Bible Study, so I know a few things about the basic principles of Christianity after all these years.

Either our teachers were lying, or the people who oversee this mess, Liz, Arlene and the Maybot don’t even begin to resemble Christians.

"And God said let us smite down these Conservatives​ philistines" @AlexSalmond​ has got his very own Christmas message 🎄🎅 pic.twitter.com/BpDTbggoOv

EVEN SOPPIER THAN USUAL…