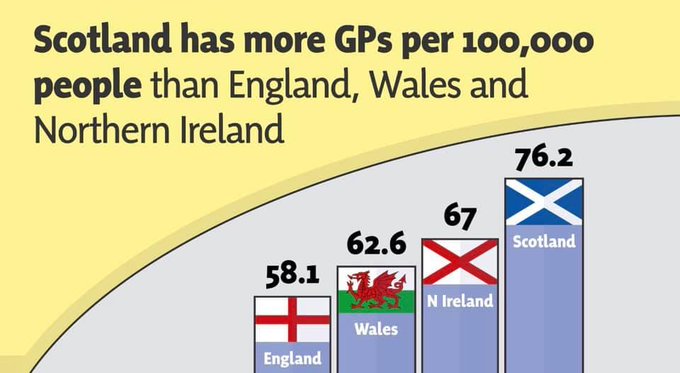 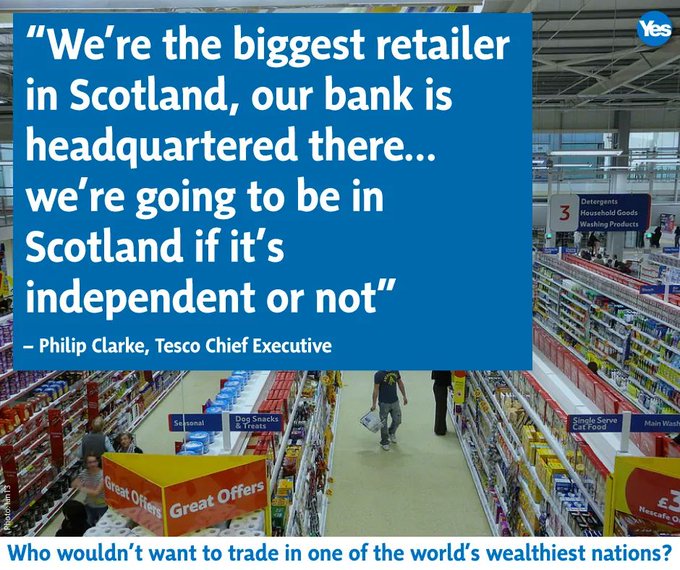 Well, that’s one you won’t be able to scare us with this time… and we won’t believe you about B & Q, either. They threatened to stop investment if we left and when we didn’t they shut a pile of stores anyway.

If Michael Gove is the next Tory leader, he intends to take back control… not just from Europe, but from Scotland. So maybe we can look forward to joining England with 58.1 doctors per 100,000 of the population!

He does seem to think that London should take back control of everything. I wonder if he has a Queen Victoria complex, or maybe that’s his wife!

❌ Ruth Davidson and the Scottish Conservatives aren't putting forward one single policy or idea because actually, they don't have any. #FMQs pic.twitter.com/4yAQMLnMux

To be fair, according to Gove, they do have a policy. It is to take money away from the devolved governments (steal it) and spend it on our behalf (but if agriculture is anything to go by, not necessarily in the devolved nations). 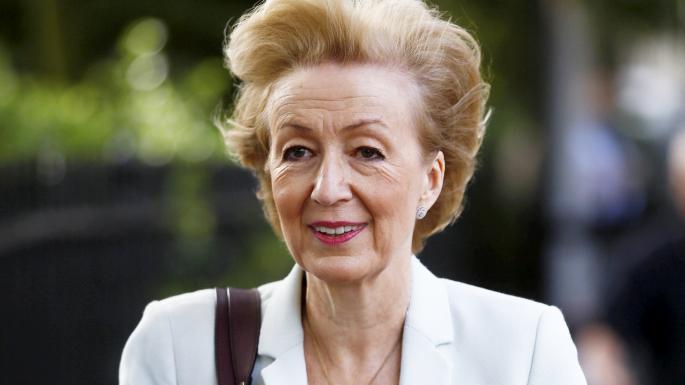 So talking about the Tory leadership contest which is surely only a few weeks away, what do Munguinites think? Will it be Batshit Boris or Awful Andrea, Ghastly e Gove…or who?

Could it even be Egregious Esther, who has confirmed that she has received sufficient support to warrant putting her name in the hat?

Well, we’re talking the Tories! Anything is possible…even her, god help us.

David Mundell will NOT stand for Tory leadership.

The Scottish Secretary @DavidMundellDCT tells @petermacmahon 'I'm not throwing my hat into the ring' pic.twitter.com/fYkG0WSsTV

To save himself further embarrassment, Dreadful David has ruled himself out.

No matter how bad it is, remember, the more ridiculous and extreme, the more likely we are to break free.

It’s fair to say that, no matter how underfunded the NHS is in Austerity Britain, it is still one of the few things in the UK that is pretty universally popular. It is, therefore, as Sir Humphry would have said, “courageous” of Nigel to suggest it should be funded by private insurance, just as he is heading into an election. 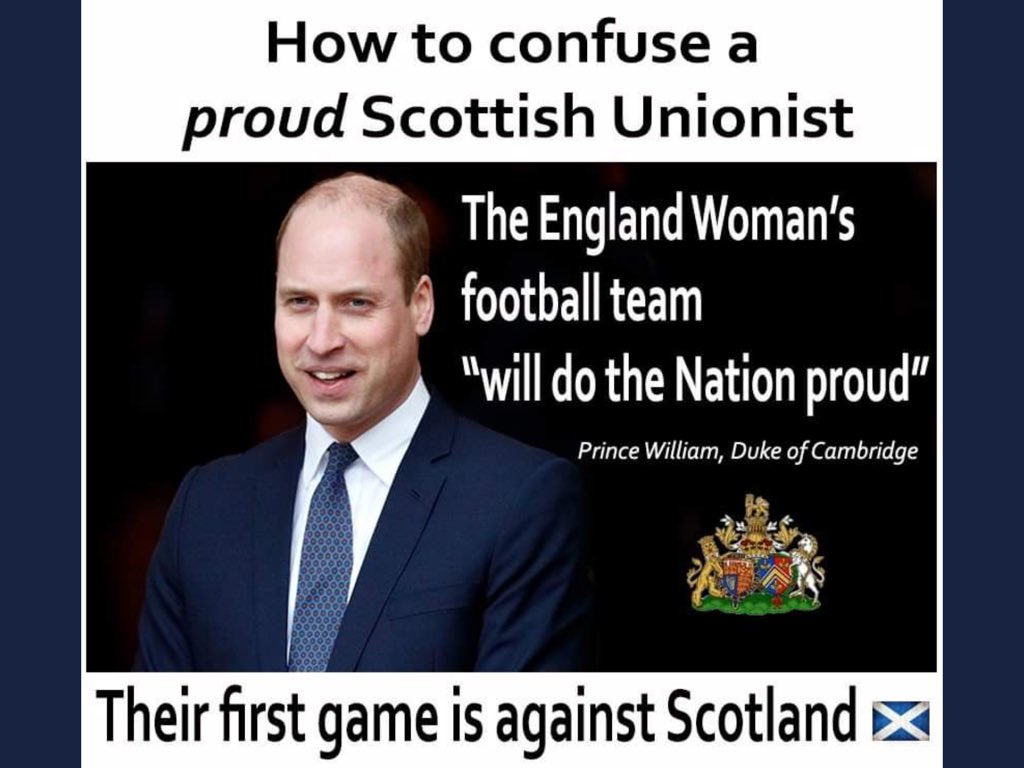 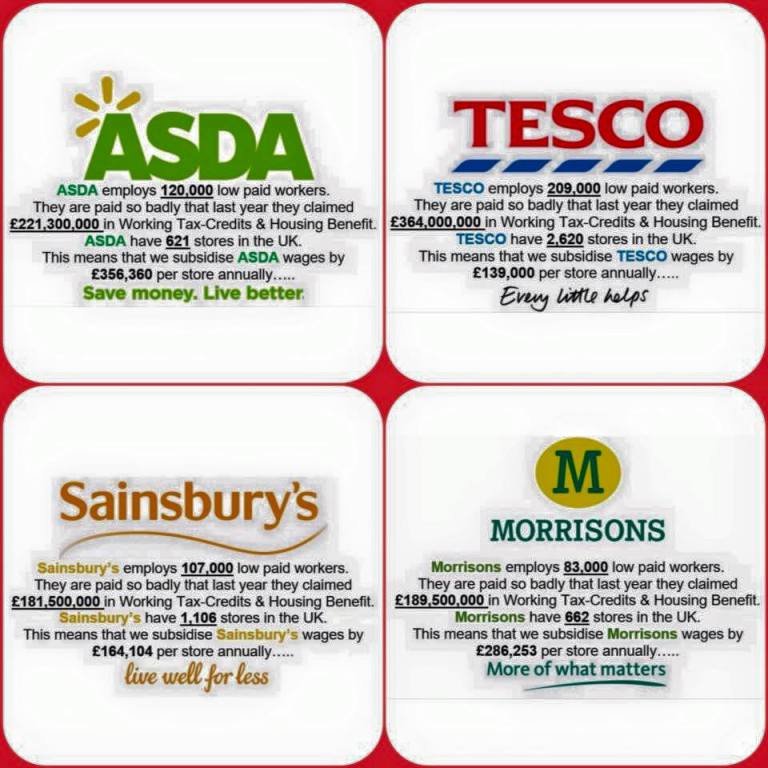 Just as well the taxpayer is around to subsidise their wage bills and keep their profits up.

The government's decision to award a ferry contract to a firm that doesn't have any ships as part of its no-deal Brexit planning is defended by Transport Secretary Chris Grayling. pic.twitter.com/zKBLPzNHjb

Grayling has a history of disasters which follows him around no matter which department he works for, from the DWP and English Prisons and Probation departments to his latest fiasco in English Transport.  His trains are the laughing stock of the western world… and now it seems that the company he chose to run ferries for a no deal Brexit, (you know, the one with no ships and no experience of running ferries) has lifted its terms and conditions from a takeaway delivery service.

One sentence under the “placing an order” section says it is the customer’s responsibility to “thoroughly check the supplied goods before agreeing to pay for any meal/order”.

Another paragraph under the same heading reads: “Delivery charges are calculated per order and based on [delivery details here].

“Any delivery charges will be displayed clearly in your order summary.”

So, what I’m wondering is, did the Department for English Transport manage to miss this when they were doing the “due diligence” which he claims to have done, or did they just order curried chicken and a kabab?

Oh and, if I order a pizza from them and they bring it all the way from Belgium, will it still be warm when I get it?

Answers on a postcard.

I heard today that Mrs  May was going on a charm offensive with the European Union to try to get some more concessions from them before the “meaningless vote” which she’s going to have sometime in January (or some times in January, as she may hold the vote more than once if it doesn’t pass the first time… But what about respecting the Cabinets vote, Mrs May?).

Anyway, it occurred to me (and several others) that while “charm” was hardly one of Mrs May’s assets, she could certainly lay claim to the “offensive” bit.

I’ve since read, incidentally, that no concessions will be granted.

Eighty-five days till Brexit and already they have the new currency ready.

Oh, and just to cheer you up:

Ruth Davidson says that the dam has broken. It is time for this to stop. Boys’ locker room talk. Objectifying women!

Or is it just Munguin and me?