Jackson Carlaw is on Twitter today complaining that Jeane Freeman, the Cabinet Secretary for Health and Sport is an unpleasant person who can be sharp with people, at least, according to an article in the Times Of London.

I’ve never met Jeane Freeman and I have no idea whether she is sharp or rude, so I can’t comment.

But Mr Carlaw thinks that: “This leaves serious question marks over Freeman’s ability and conduct; and calls into question the SNP’s legitimacy in managing Scotland’s precious NHS. The SNP are politically and morally bankrupt, time’s up for this failing government.”

As I say, I know nothing about Ms Freeman so I can’t comment on the accuracy of the article (which, because I don’t pay the Times of London any money, I cannot even read) but, just supposing there is some truth to it, it’s a bit of a leap of logic to say that this would mean that the SNP is politically and morally bankrupt.

The SNP runs the Scottish Health Service because it is the elected government of Scotland… rather like the Conservatives and Matt Handcock run the English Heath Service, because that is how the English voted. No one doubt the Tory Party’s legitimacy to run the service. They were elected to do so, never mind how rude Priti Patel allegedly is.

The legitimacy to govern comes from elections, not from some alleged shortness from a minister.

Matt Hancock being totally normal with a woman. pic.twitter.com/REmT3d4we5

And given that the aforementioned Mr Handcock seems to be completely out of his shallow depth in his role, and resorts to making stuff up, particularly about Coronavirus, (not to mention standing creepily near to a colleague while broadcasting so that she moves away and puts her handbag between them), I think Mr Carlaw would do well to give that particular subject a wide swerve.

Additionally, England’s Department of Health doesn’t really have a great record now, does it?.

I’d have a great deal more time for Mr Carlaw and his Twitterings if he actually had a policy, any policy, to offer up.

THIS MAY BE OF USE TO YOU

Grateful thanks to Mr Turner.

Thanks to the Black Saltire and to Colin Dunn for the graphic.
**********
Early days, but Flavible Politics poll’s showing: SNP 49 seats; Liberal Democrats 5; Tory 4; Labour 1.

Overall they predict a massive Tory win in England with 379 seats. Labour with 168 (which must surely see Corbyn being removed) are predicted to be a miserable second. Far from being the next Prime Minister Swinson will, at least on election day, lead the 4th largest party with 31 seats. How long before she is removed from that post is anyone’s guess. Nigel is not predicted to win a single seat. No change for Plaid or Greens. No polling in NI.
********** 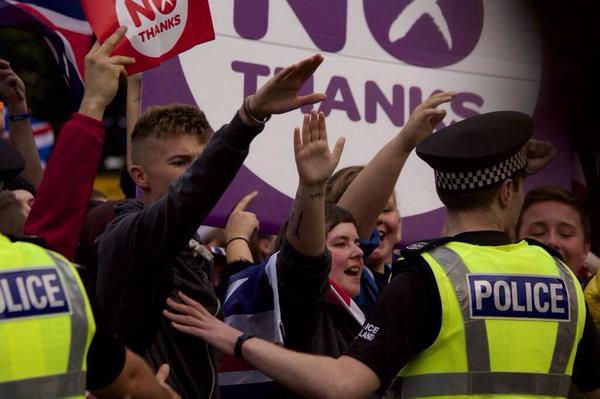