Or at least so says this roaster.

Dunno about you, but to me, this is beginning to sound frightening.

All we can do is cross our fingers and hope that the unintended consequences of the BritNats’ desire to show Johnnie Foreigner a thing or two, will be the break-up of their beloved and benighted kingdom.

Given the verification tick, I’m assuming this is genuinely from Mrs May’s boss, the president of the United States of America, the world’s biggest economy and most powerful armed forces.

OMG! As Pa Broon said on Twitter, they’ve put a toddler in charge of the USA. 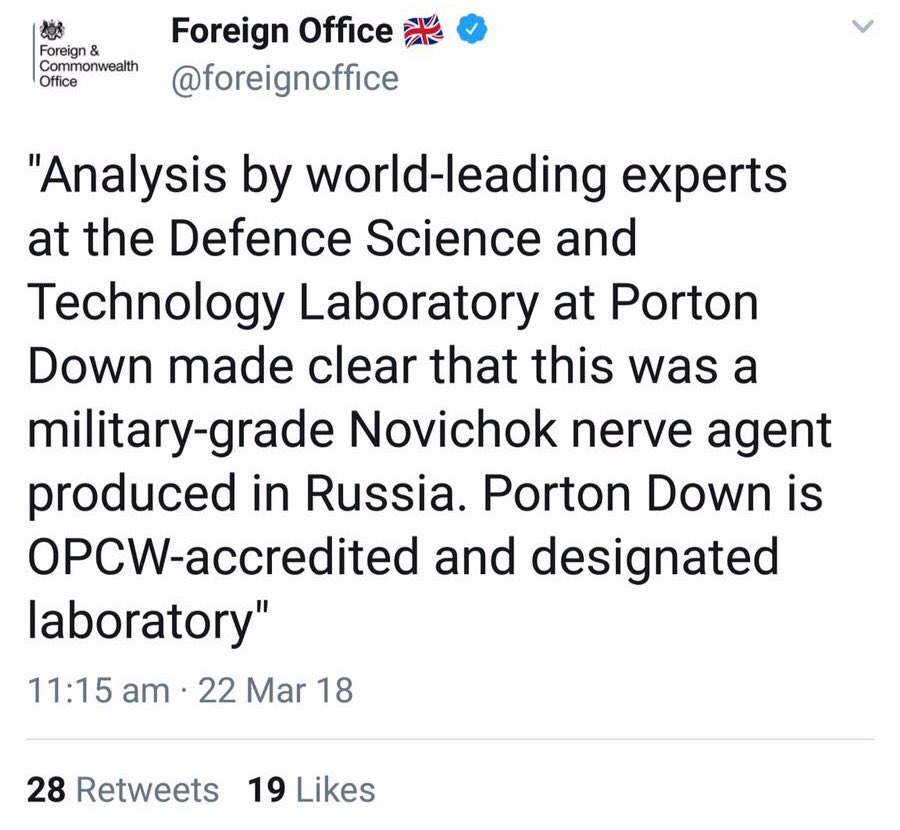 It seems that the FCO is now deleting tweets that indicated that the Novichok was produced in Russia. But stuff on the net never really goes away, does it?

Especially when you have appeared on camera to reinforce it. That never goes away either.

Here is @BorisJohnson lying to the public. He should now do the decent thing and resign. pic.twitter.com/YSZiJ1CDIK

What a bunch of incompetent third-raters.

"Germany and France are now demanding answers from Britain on Salisbury. This basically comes down to do whether you trust our security services"

Well, that's never been a problem in the past…. pic.twitter.com/hGIojLLPwW

I still haven’t a clue who did it, but I’m pretty certain that despite all the advantages that they have over me in this matter… neither have they. 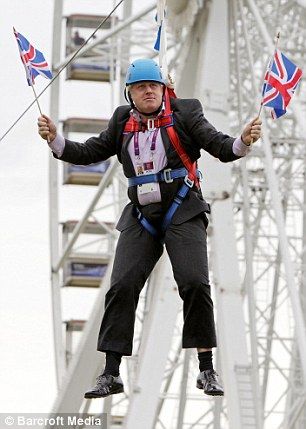 Credits to this guy.

The question is – if The Russians did perpetrate that nerve agent poisoning to kill one former agent – how did they think they’d get away with it. If they didn’t care through arrogance what can May possibly do that might impress them?

Let’s be honest, we don’t know who poisoned the ex-double agent and his daughter, and we can’t trust anything that comes out of Whitehall, Westminster, the BBC or the Tory Press. (After all, a few months ago we held all the cards with the EU, and now they are bullying us. How can you bully someone who holds all the cards?)

Will we ever know the truth? And would we know it was the truth when we heard it?

But let’s suppose for a minute that it was Russia and that it was done with President Putin’s knowledge. What can May do?

I remember a few years ago when Russia invaded and took Crimea, that David Cameron announced that he was going to be speaking to Mr Putin on the phone and that he would make Britain’s points very strongly.

“Now look here Vladimir, old chap. I say, this really isn’t cricket you know. You just can’t bally well do this sort of thing. What have you got to say to that, old chap?”

Vlad must have been shaking in his shoes for sure! Or maybe that’s just the way he dances.

It’s not unreasonable to suppose that during the Crimea crisis, President Obama would have spoken to Putin. It is possible, although less likely, that President Xi may also have had a word. Both of these conversations might have given him pause for thought … because the USA and China count.

Frankly, despite Cameron’s proud claim that “we punch above our weight” the UK does not count in that way. Everyone knows that it wouldn’t do anything without permission from the USA. So worry about what the USA thinks and disregard the Brits or indeed the French, who are in almost (but not quite) the same powerless position.

Perhaps if all the countries of the EU/EEA withdrew from Russia’s world cup (leaving Russia and Serbia) it might have an effect, or if countries all around the world stood in solidarity with Britain the whole world cup thing would end in humiliation for them.

But England withdrawing of its own accord would be a smaller blow from which the tournament would easily recover. And you have to ask if it would also be fair to the fans and the players with their tickets bought and flights booked and paid for.

If this is state-sponsored terrorism, it’s extremely serious. Not just for Skripal and his daughter, but for the police and emergency services and the potentially tens of thousands of locals who received safety advice a week after the event. (Thanks Amber Rudd.)

Is that an act of war? If so some action is required.

But having said that, May’s best mates are Erdogan, Netanyahu, Trump, Mohammad bin Salman and their likes.  Has Mrs May any moral ground to cling to?

So what should… or rather CAN… Mrs May do? Anyone want to advise her?

Here’s my suggestion. Send Fluffy as her majesty’s emmisary! He’ll show them.

false
adjective
not according with truth or fact; incorrect.

I suspect you were a fan. His death is sad, and he was indeed a talented poet and writer.

I presume that you have an in-depth knowledge of  the Russian Arts world and therefore I wouldn’t presume to argue with you about the relative merits of Pasternak, Solzhenitsyn, Shalamov, etc, on the one hand, and  Steinbeck,  Williams, Miller and their likes, on the other.

It’s probably worth pointing out, though, that, erm,  Leonard Cohen was Canadian.