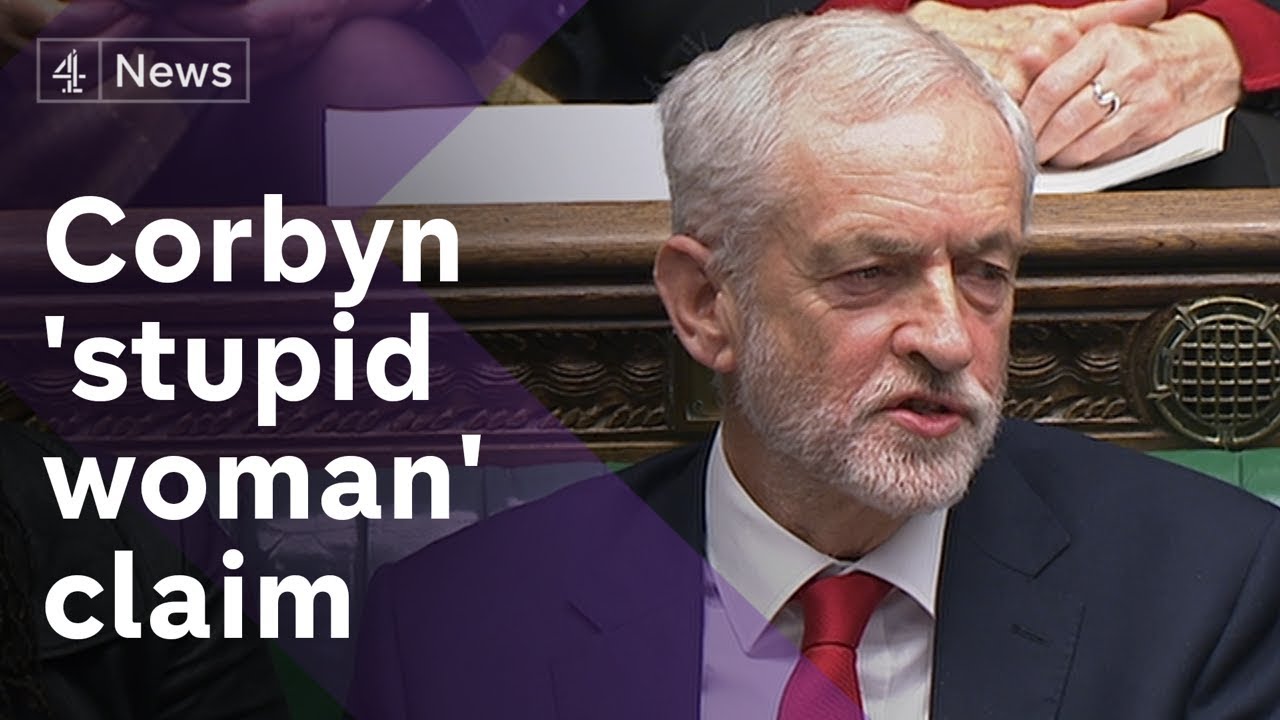 The Tories went into meltdown this afternoon over something that Corbyn may or may not have said under his breath about May.

Andrea Fox-Hunter Leadsom made her usual ‘invaluable’ contribution to the debate by complaining that the Speaker had recently muttered under his breath about HER being a stupid woman (as if), and what was he going to do about it, to which he replied that he had addressed that matter weeks ago (and probably, not unreasonably, muttered under his breath about what an airhead she was).

Nothing, strangely, was made of the insults that Tories have hurled about the place in recent times. Most recently the other day when the deeply unpleasant Nicholas Soames suggested that Ian Blackford go back to Skye. (Jeez man, you have absolutely no idea how much we’d like it if he just could do that.)

Nicholas, the dear boy, has form on this, having previously been pulled up for barking like a dog at Tasmina Ahmed-Sheikh. He’s almost as charming as the Liddle Grainger chap who suggested that the Scottish National Party members could commit suicide and then moaned that they were w***ers when they complained.

And I’m no lip reader, but it is reckoned that Hammond used the same expression recently when a Labour MP was asking a question at PMQs, and our own dear Fluffy was caught on camera a while ago mouthing what looked like “silly bitch” (I think) to something that Yvette Cooper said.

Now couldn’t care less what they call each other. They are supposed to be grown-ups and they should be able to handle a bit of name calling. Indeed, for that matter, they can go outside and slap each other about if that’s what they have a mind to do and I still don’t really give a toss. The whole world is already choking itself laughing at the UK, so what difference will some rough and tumble and a few drunks falling in the Thames make? I mean, would anyone even notice?

However, it’s as well to remember that this was Wednesday afternoon and like many other people in the UK, they were supposed to be at work.

It might be worth mentioning too that, although they may or may not have noticed it, there are a few pretty important things going on right now that they need to be dealing with, and spending time arguing like 6-year-olds in the playground, while we’re paying their wages is very definitely NOT ON.

It may be the end of term but no one told them they could bring games in.