I often hear that the Tory front-bench at Holyrood are embarrassed by the calibre of some of their MSPs. But still, wow 😮 pic.twitter.com/m4rHadKXFE

First of all, if your party votes for something, it’s very brave, some might say foolhardy, to suggest that it is a ‘yet another failed SNP government policy*’.

Your colleagues may not save you a place in the dining room!

Ok, firstly, you might want to suggest that, maybe, in the light of experience, it is a policy that, with hindsight, in view of events (alright, Sir Humphry, get to the point: Munguin) it might be worth looking at again.

Secondly, correct me if I’m wrong, but it is hard to see how anyone can draw the conclusion that encouraging people to drink less alcohol before they drive can be a contributing factor to a reported increase in accidents. I’m not saying it’s impossible, but it wouldn’t be my go-to conclusion. 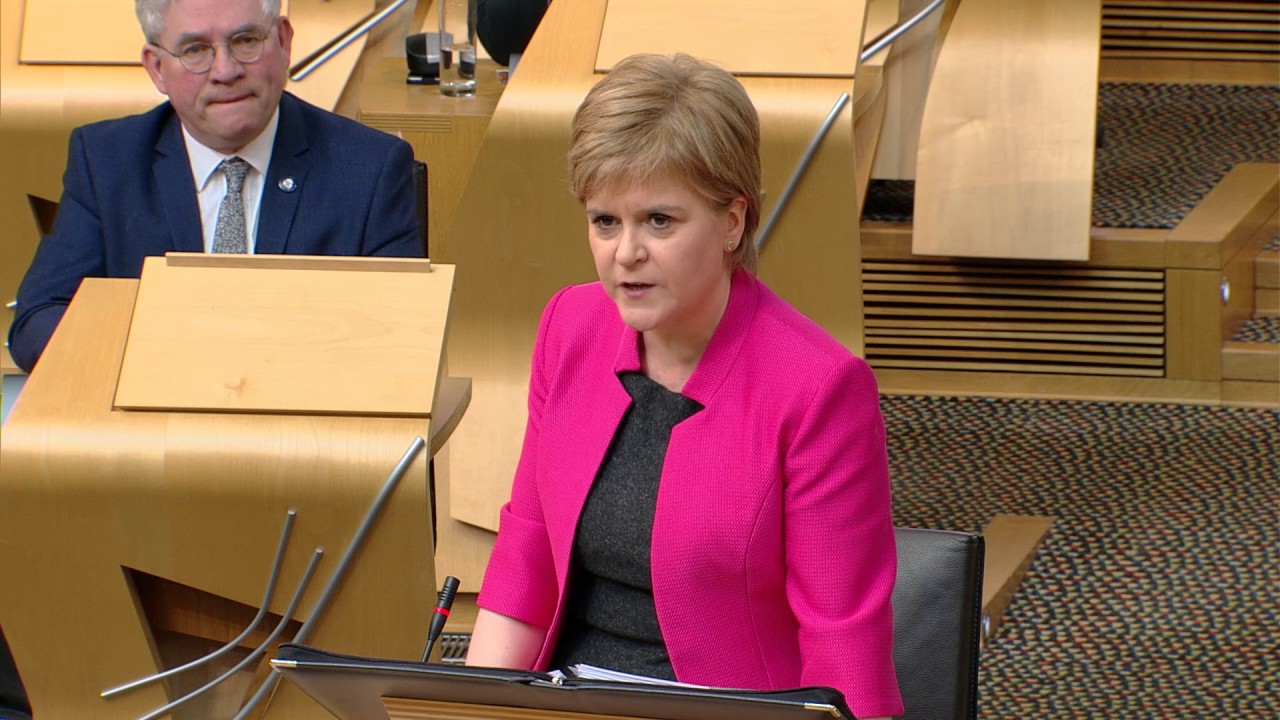 No, instead of trying to score a cheap and incorrect point (which was bound to be disproved within seconds and very publicly, by the First Minister) would it not have been sensible to phrase your question thus:

‘Presiding Officer, I note that an article in “The Lancet” reveals statistics show a 7% increase in road accidents in Scotland since 2014. Would the First Minister confirm that her government will look into why that has happened and take such steps as are necessary to remedy the situation?’

That way perhaps you would have contributed to an investigation into the cause of the reported increase in accidents for the good of all of us. Isn’t that why we pay you?

The added advantage is you wouldn’t have looked like such a complete nob.

PS: Does anyone know who he is? Answers on a postcard.