Zack Goldsmith, defeated at the General Election, was today inducted into the House of the Living Dead and reinstalled in his ministerial post in the Tory government.

Well honestly, I mean, how dare the people not vote for Boris’s mate?

Then there was Nicky Morgan, probably one of the dimmest of all the Tory Ministers ever… and that is some feat, who was also installed as a Lord today and who will also continue to serve, this time as a Cabinet minister, meaning that elected MPs will be unable to question her. Although in fairness, questioning her would probably be pointless anyway, unless you were asking her name maybe. 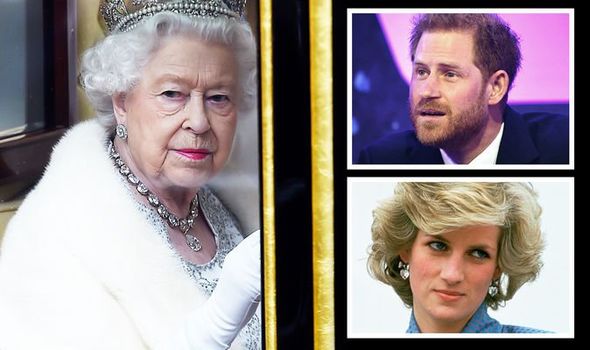 In the meantime, the airwaves have been filled today by some hogwash about Harry and Megan, which I couldn’t be arsed listening to. I’m sure it will be all good for them, and a rotten deal for us.

But hey, aren’t you glad we live in a democracy?

No, I wasn’t actually asking you. You are not royal or aristocratic.

Ladies and Gentlemen, I present to you the Prime Minister of Great Britain and Northern Ireland. pic.twitter.com/ANbm3BdadV

Surely, Britain is one of the least truly democratic countries in the West, I thought.

After all, we have an unelected head of state whom we were always told was ceremonial and had no powers at all. It turns out that in truth not only does she and her immediate family have immense influence, she and her eldest son, have real powers which they use to have laws changed.

They also have the use of the Privy Council, which can make declarations in the name of Her Majesty. These are the law with no scrutiny allowed.

Next, the government can use Statutory Instruments, also known as SIs, a form of legislation which allows the provisions of an Act of Parliament to be subsequently brought into force or altered without Parliament having to pass a new Act. They are also referred to as secondary, delegated or subordinate legislation.

Then there is the House of Lords, the second largest legislative chamber in the world (after the National People’s Congress of China… a country of 1.4 billion people). It comprises firstly of 90 hereditary peers, self-selected by the Earls, Viscounts, Marquesses, and Dukes (which we still have in this bastion of democracy). The rest of us are excluded from voting on who these people should be (and once elected by their peers they can remain there until death). Only other hereditary aristocrats have a vote.

A further two hereditaries sit as of right, because of positions they historically hold in the royal household. (It’s already beginning to sound like something dreamt up for an 18th-century comic opera, isn’t it?)

Next in this massive house, are archbishops and bishops of the established church of the state religion. Listen to that: state religion! Finally, there is a rag bag of who knows how many ex-ministers and failed politicians, rich people who have given money to one of the three main parties… and a few oddballs the reason for whose presence can only be wondered at.

Then there is the supposedly democratic part of governance. The Commons, elected by a ridiculous first past the post system which can give an absolute majority on a vote of around 35%, and in which two-thirds of the seats never change hands. And this all underpinned by a party whipping system designed to keep most MPs very firmly on message.

Under this prime minister, we have seen some rather odd and disturbing developments which further undermine the feeble democracy that we have.

Ironically they have come about in the wake of Brexit, which was supposed to return power to parliament from supposedly undemocratic EU institutions, like the council of ministers (comprising of elected ministers from the member states) or the European parliament, elected on a proportional representation system.

The first happened when our ridiculously inept prime minister called a general election to prove that she was strong and stable, expecting to win a thumping majority, and in fact lost the small majority she had inherited from David Cameron. Looking more than a little ridiculous she reached out to someone even more ridiculous: the ex-First Minister of Northern Ireland and leader of the DUP, currently under investigation for the mishandling of a large sum of public money, Arlene Foster.

The DUP agreed to use its 10 members to back the prime minister in certain matters (because of EVEL, Irish MPs cannot vote on any legislation that is England only) in return for £1.5 billion. Pretty much a bribe, using public money…our money!

Next, May decided to “fix” the committee system so that, despite not having a majority in parliament, the Tories would have a majority of members on every important committee in parliament.  (Somewhat ridiculously they have more members than any other party on the Scottish Affairs Committee)

Finally, May has brought in and had passed in the Commons, a Bill that will give ministers the right to alter the law without any reference to parliament. The powers have been nick-named Henry VIII powers, after England’s most authoritarian monarch, but many commentators feel that they resemble much more closely The Enabling Act (1933), which allowed Hitler to bypass the Reichstag and rule by ministerial (his) power.

It is a dangerous road to take, and as I said, all the more ironic because, apart from xenophobia, it seems to me that the biggest cries from the popular press were that British laws should be made exclusively by British representatives in a British fashion in Britain, mindful of Great British values (whatever they are). And of course that we keep being told that we MUST respect the  British people who voted for Brexit.