Dear, benevolent, caring, kind Mrs May has decided to grant us a little reward for …well, not quite sure what for, but for something. She’s like that. All erm… heart?

Despite the figures here showing the expected drop in UK GDP (depending on the kind of exit), Mrs May remains cheerful, not least because her husband is very rich and, once she is dumped she can do a Lord Lawson and bugger off to pastures new within the EU. (Note from Munguin: Why does she not do that NOW?)

At a cost then, of some £120 million pounds, she’ll be glad of the good old Magic Money Tree, which she has been tending with what passes in Downing Street for loving care, and guarding it against encroachment by Mrs Arlene “Sticky Fingers” Orange-Foster, every time she drops in at Downing Street to ensure that no heathen practices have been taking place in her absence.

There are so many events already planned for the day of joy, which I assume will be held in London, the capital city of what she calls our precious union (me neither), the highlights of which you can see laid out below.

It is intended to hold this “celebration” in 2022, which coincidentally is the anniversary of another thing that I couldn’t care less about, the accession to the throne of the queen, 70 years before, always assuming we don’t have King Charles and Queen Mrs Parker Bowles by then.

Frankly, I doubt Mrs May will be there to join in the joyful celebrations of her fellow Englishmen based on the fact that even the incredibly Tory-friendly Andrew Marr on the Tory-friendly BBC, left her stuttering over the Northern Ireland border situation this morning as he pointed out that the WTO will demand a border, by law. Either she is incredibly thick, or she just believes that Laws are things for other countries.

I cannot remember any interview being quite as shifty and duplicitous as Theresa May’s performance today on #Marr. Ever single question was dodged, deflected and evaded. A masterclass in answering the question but without giving an answer to the question. pic.twitter.com/rwDW6B1jVm

It’ll be Lend Lease and a couple of packs of hydrated mashed potatoes. Children running after trucks in the hope of buns. Old people, cankerous sores bleeding and pustulating, cry out for jam and the rest of us pretend the BBQ is not supplied by Battersea Dogs Home. Oh, joy!

Here’s someone who is clearly looking forward to the event with enthusiasm.

If by chance there turns out to be a large number of us Jocks hoping to make our way to see if the streets of London really are paved with gold… or paved at all, for that matter, Munguin might consider lending you his tandem. 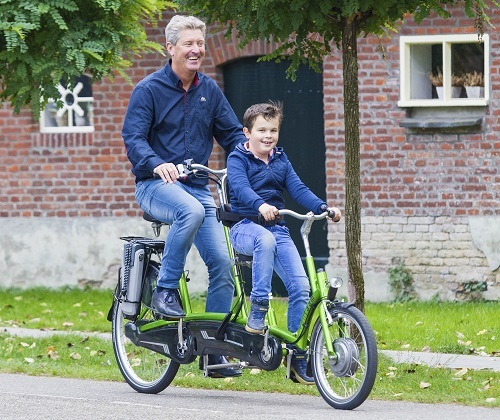