BJS Alba sent me this translation of an article (which you may find interesting) taken from El Pais. 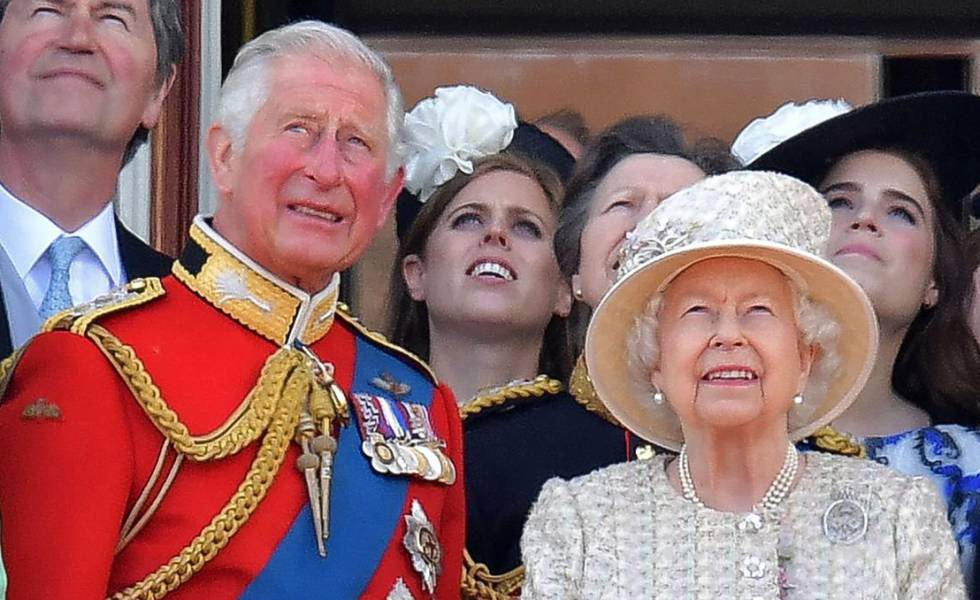 The plan, according to the British press, is when the 95-year-old queen turns away from the scene and gives way to her heir but without giving up the throne.

Charles de Inglaterra (71 years old) is already preparing to assume the almost full functions of the monarch as “prince regent”, as published by some British media. The heir to the throne visited his father, Philip of Edinburgh, on Wednesday at Sandringham Palace, where they both discussed the consequences of the disastrous interview granted to the BBC by his brother, Prince Andrew.

The babbling, excuses and bizarre explanations offered by the Duke of York to justify his relationship with the American millionaire and paedophile, Jeffrey Epstein, caused a scandal in public opinion. From New Zealand, where he was on an official visit, Prince Charles coordinated with his mother the queen a drastic response to raise a rapid firewall: Andrew was forced to resign, “in the immediate future”, to all his public functions. Charles, according to the British press, has also used the meeting to prepare a gradual increase in his role at the head of the monarchy.

The general conclusion in the media of what happened in recent days is that the Prince of Wales has taken the reins of the affairs of the royal family. His father, the Duke of Edinburgh, the core of any withering decision made in recent decades to preserve the survival of the Windsor House, is now 98 years old. He retired from public activity at 95, and since then, his influence on some indecisions of Elizabeth II has been missed. The Daily Mail newspaper quotes anonymous sources (as almost always, in this type of information) from Buckingham Palace to ensure that the queen would already be preparing her withdrawal from the scene (in no case an abdication) within 18 months, when she also reach 95 years.

The last time there was a “prince regent” occurred in the United Kingdom was in 1811. The continuing episodes of mental illness of George III led his eldest son to assume the obligations of the monarch. Known for his love of food, alcohol and women’s companies, the future George IV remained in regent status for nine tumultuous years in which a prime minister, Spencer Perceval, was killed, the Napoleonic Wars broke out in Europe and there were riots by British taxpayers over the tax increase. “Prinny” (little prince), as he was known by his subjects, also had his own attempt to divorce, unsuccessfully, Caroline of Brunswick, a scandal for the time.

The queen has significantly reduced her presence in public events. In 2018 he came to attend 283 events (a still considerable number), but it is Charles of England who today occupies the first position in this regard. In that same year, he was the relevant figure 507 times.

The Prince of Wales has never contemplated the possibility, strongly suggested during the worst years of his stormy relationship and worse divorce of Lady Di, to abdicate in favour of his son, Prince William, who enjoys much greater popularity among British citizenship. Charles has been preparing to reign for a lifetime, with very clear ideas about how the future monarchy of the United Kingdom should be. The heir aspires to a much smaller royal family in the intervention of its members in public life, which does not include some of them like Prince Andrew or his daughters Beatrice and Eugenia. Tradition states that the wife of the heir, if he is a male, acquires the title of queen (if the heiress is a woman, her husband is only a consort king). However, the relationship of love and hate of the British public with Camila Parker-Bowles has brought forth implicit indications from the surroundings of Prince Charles that an exception would be made with her. 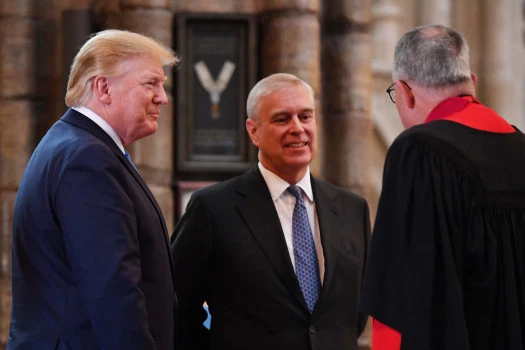 Well, fair enough, I suppose. A bit tangled language-wise, but we kinda get the drift…

I mean, you can stand next to someone once without knowing them. And at Westminster Anney it’s easy to just chat to another member of the congregation without knowing who it really is.

And heaven knows just because you are walking right next to someone, it doesn’t mean you actually know them, as in, y’know, actually knowing them… eh? 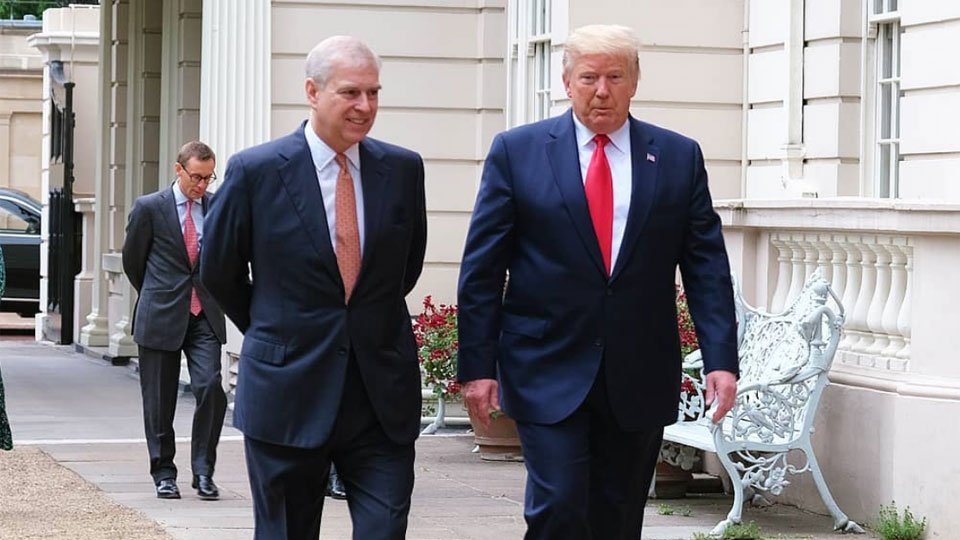 And how can you possibly be expected to remember someone you met before his hair turned grey, he got tubby and …whatever happened to your own hair …happened?

Come on, be reasonable. 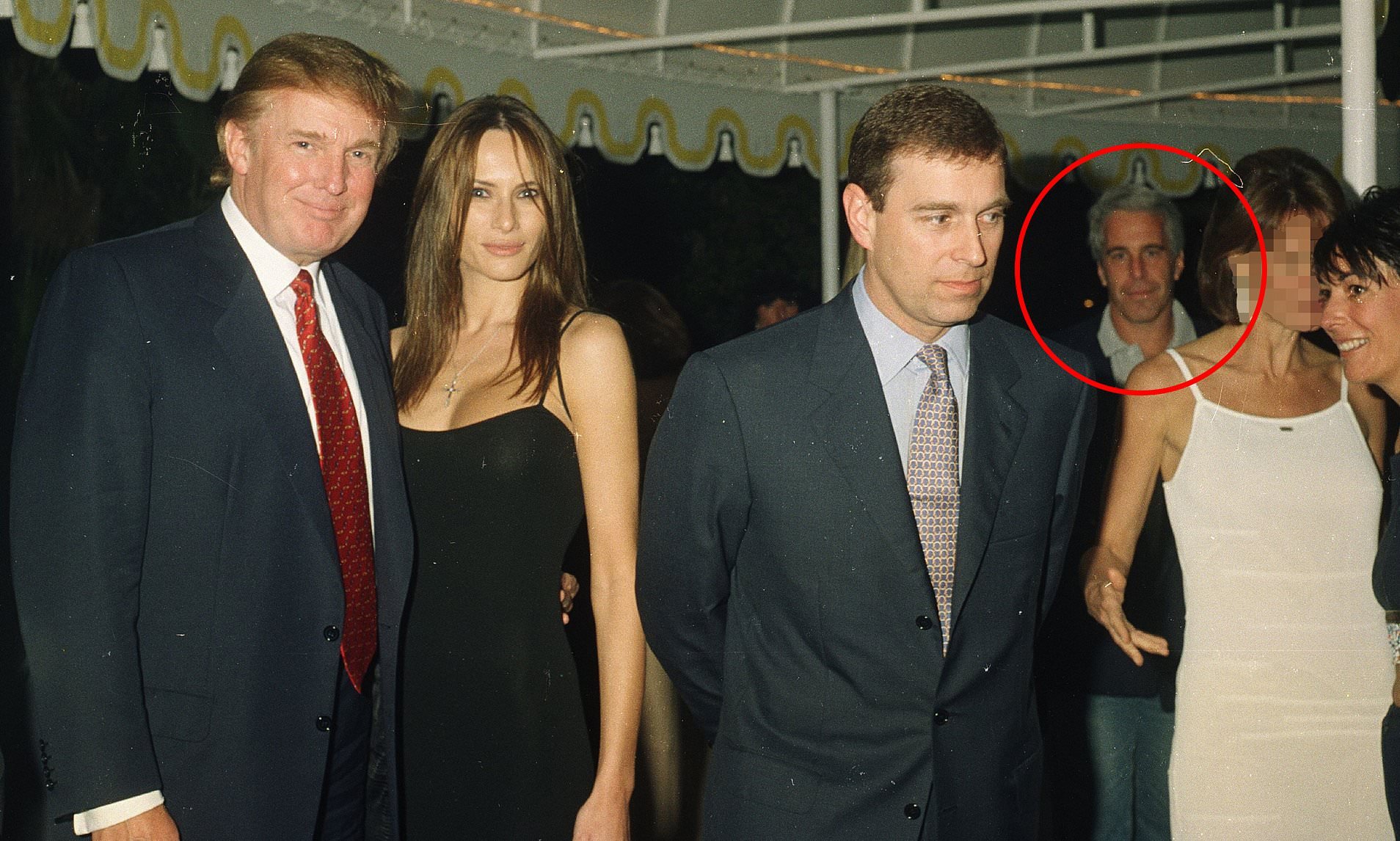 Oh, and just because you spent two out of the three days of your state visit to Britain in the company of Andrew (presumably because the Queen thought two vulgarians would hit it off), doesn’t mean you are going to remember him, especially if you are a tad on the dim side.

“The Duke of York is being used as a secret weapon by Buckingham Palace in the belief he will be able to defuse any potential diplomatic disasters during the state visit of Donald Trump.

“In what has been dubbed “golf course diplomacy”, British officials have taken the unusual step of ensuring Prince Andrew is alongside the American president for two out of the three days he will be in the country.

“It is hoped the men’s shared passions for business, but more importantly, their mutual love for the game of golf will help them bond allowing the prince to exert a subtle influence over the politician.

“The pair met nearly 20 years ago when Prince Andrew visited Mr Trump and his then-girlfriend, Melania Knauss, at the businessman’s $200 million Mar-a-Lago estate and golf course in Palm Springs, Florida.”

@mrjamesob
Considering his self-proclaimed ‘greatest memory of all time’, he seems to forget a lot of things

Well, we know Trump is dim, but Fatboy’s memory lapses must have been catching…

I wonder if Trump’s ever been to Woking?

I suspect his bone spurs must have meant he never had the opportunity to be so scared that he simply stopped sweating.

Mr Carlaw’s constituents voted to remain in the EU.

And he rose in the chamber to praise them for doing that just days after the vote, in which most Tory MSPs and their one MP in Scotland voted to remain. (You’ll remember the Colonel and Fluffy telling us how utterly vital it was for Scotland’s economy, to Remain.)

However, yesterday Jackson decided that, were there to be another referendum, he would vote to leave and sod his constituents.

This is, he says, because the EU has changed since 2016 (and clearly nothing to do with the fact that Boris has told him to change his mind).

Brussels is, he insists, going to have its own army by 2025.

And there are other changes too, he told the BBC, but he appears not to have bothered to elaborate.

So dealing with the one point he did specify, the army… as far as I can discover, there is no reason to believe that there is actually going to be an EU army, although, it is hoped to establish closer military ties between countries in Europe.

This makes sense. Indeed, the majority of Europeans want this to happen, including 56% of Britons! Perhaps the less-than-reliable cross between a Carrot and a Mango, which currently resides in the White House, has finally persuaded European leaders that it is time this continent stood on its own two feet militarily, instead of relying on the USA.

And quite right too. There is no reason why Europe cannot continue to work co-operatively with the USA, without being dependent upon them.

Alone, of course, all European countries are too small to support defence forces of any real power. Even Britain with its massive military spend (punching above its weight) is a minnow by comparison with real world powers like Russia or China.

In my opinion, it makes sense to have a military alliance within the continent. 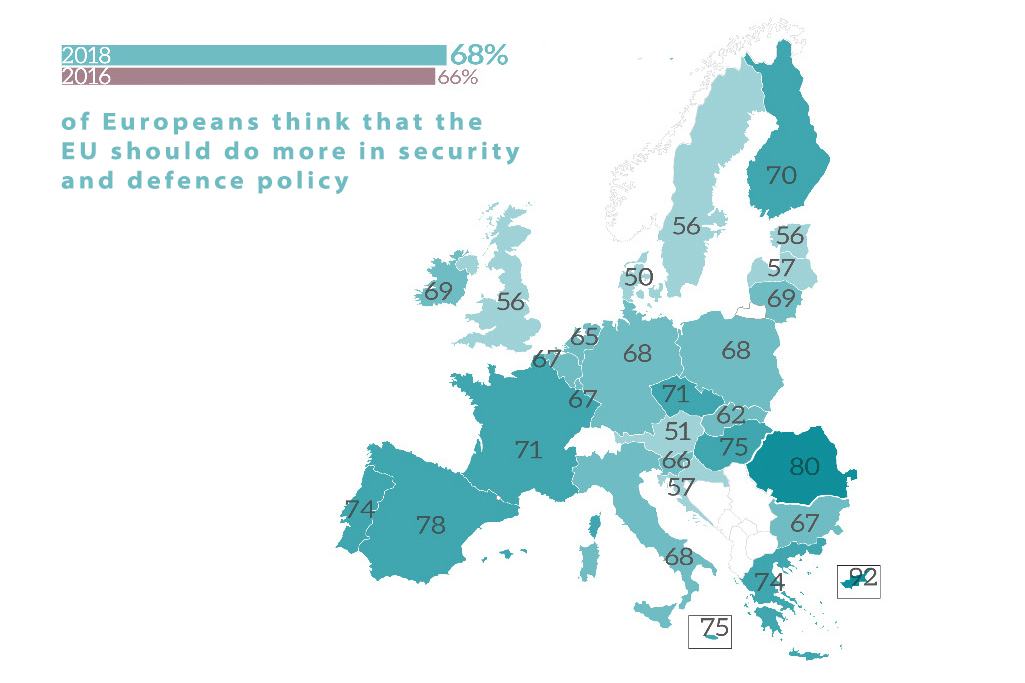 Britain, were it to vote to remain in the EU, however, could not be forced to join this military alliance.

So Mr Carlaw’s thinking doesn’t seem to stand up. Unless there is some reason in his “unspecified changes”, that has made the EU a less desirable ally, I’m suspecting that the possibility of a knighthood or maybe elevation to the aristocracy may have more to do with his change of heart than any military alliance his beloved union couldn’t be forced to join, and indeed, over which it would almost certainly have a veto.

Unassociated with this matter, I noticed that the BBC article points out that the Tories, along with Labour, SNP and Brexit party have been forced to suspend candidates who have made unfortunate tweets or comments some time in their past. 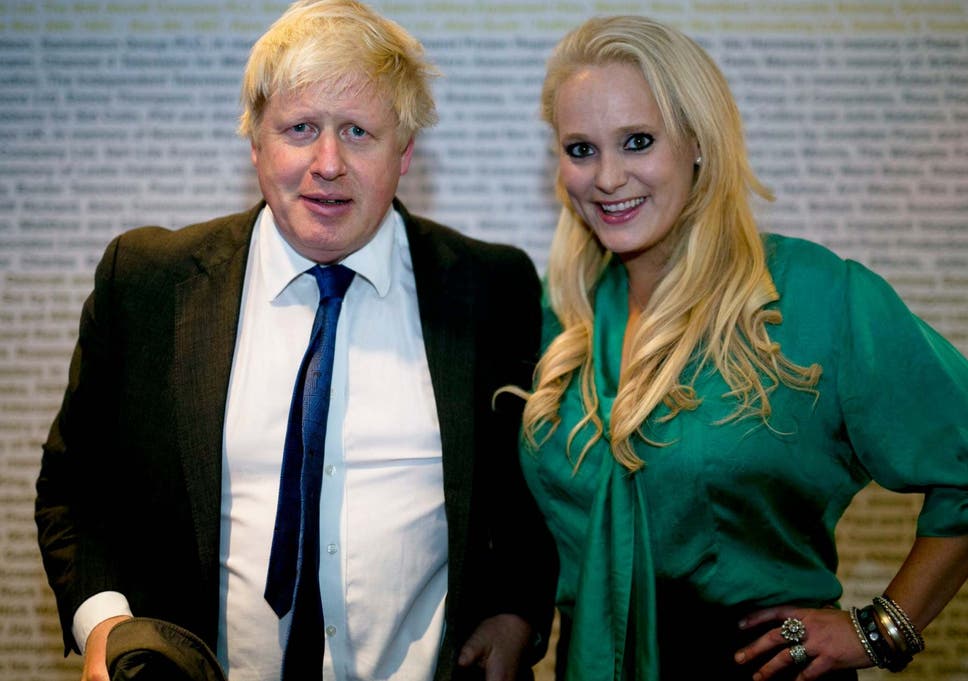 When asked about comments made about Muslim women looking like letter boxes, bum boys, and the working classes, by another Tory candidate, Jackson said that he preferred to judge Mr Johnson (for it was none other than he) on his actions as prime minister rather than on things said in the past… which seems a little unfair to the other candidates who can’t offer any baubles.

Maybe one of these days a Tory will tell the truth about something. 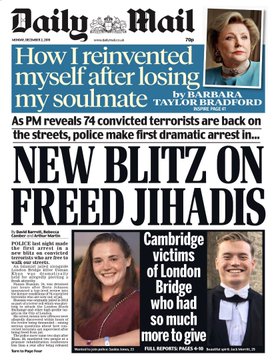 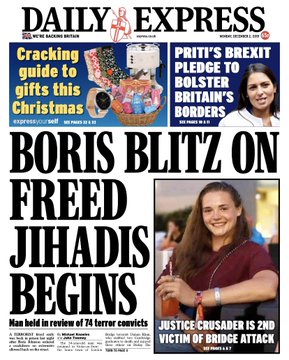 Tweet from David Merritt, the father of the lad, Jack, who died:

Don’t use my son’s death, and his and his colleague’s photos – to promote your vile propaganda. Jack stood against everything you stand for – hatred, division, ignorance.

These low lives make you so sick. 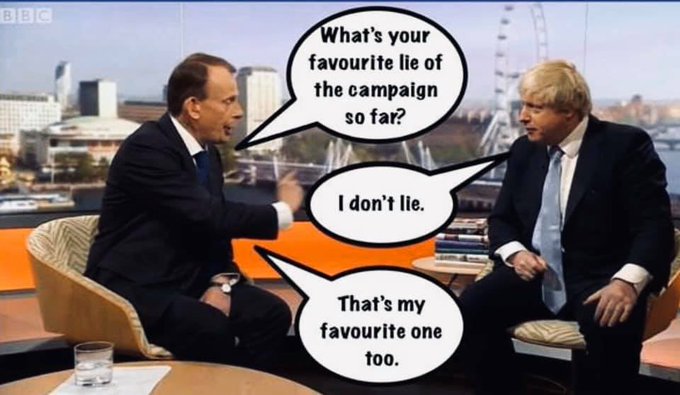 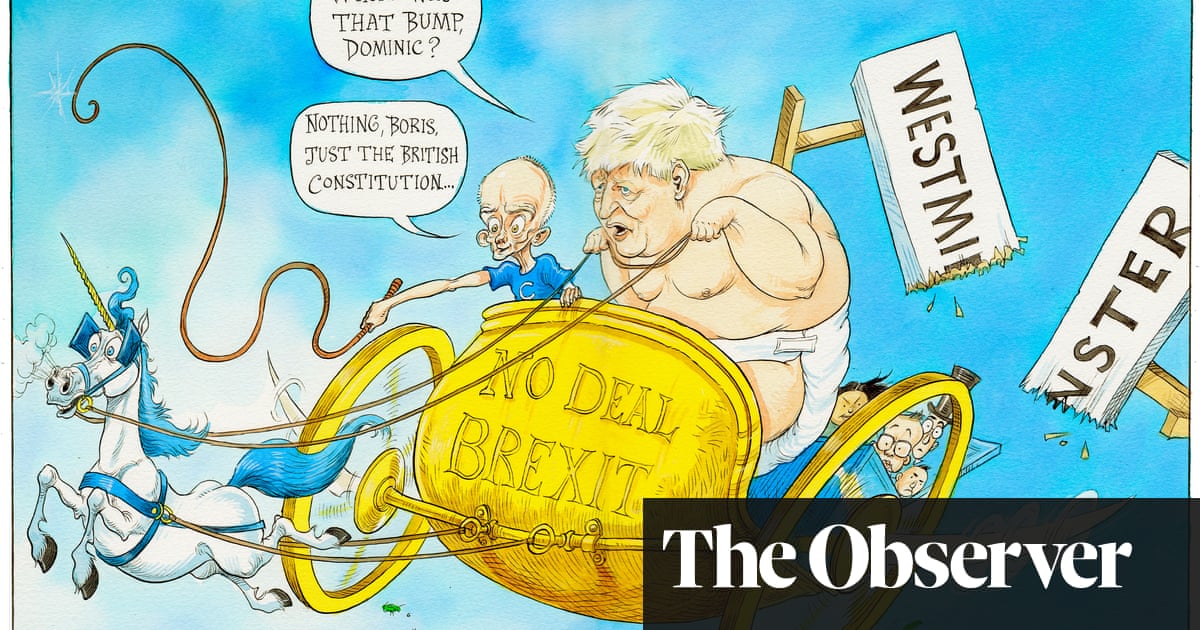 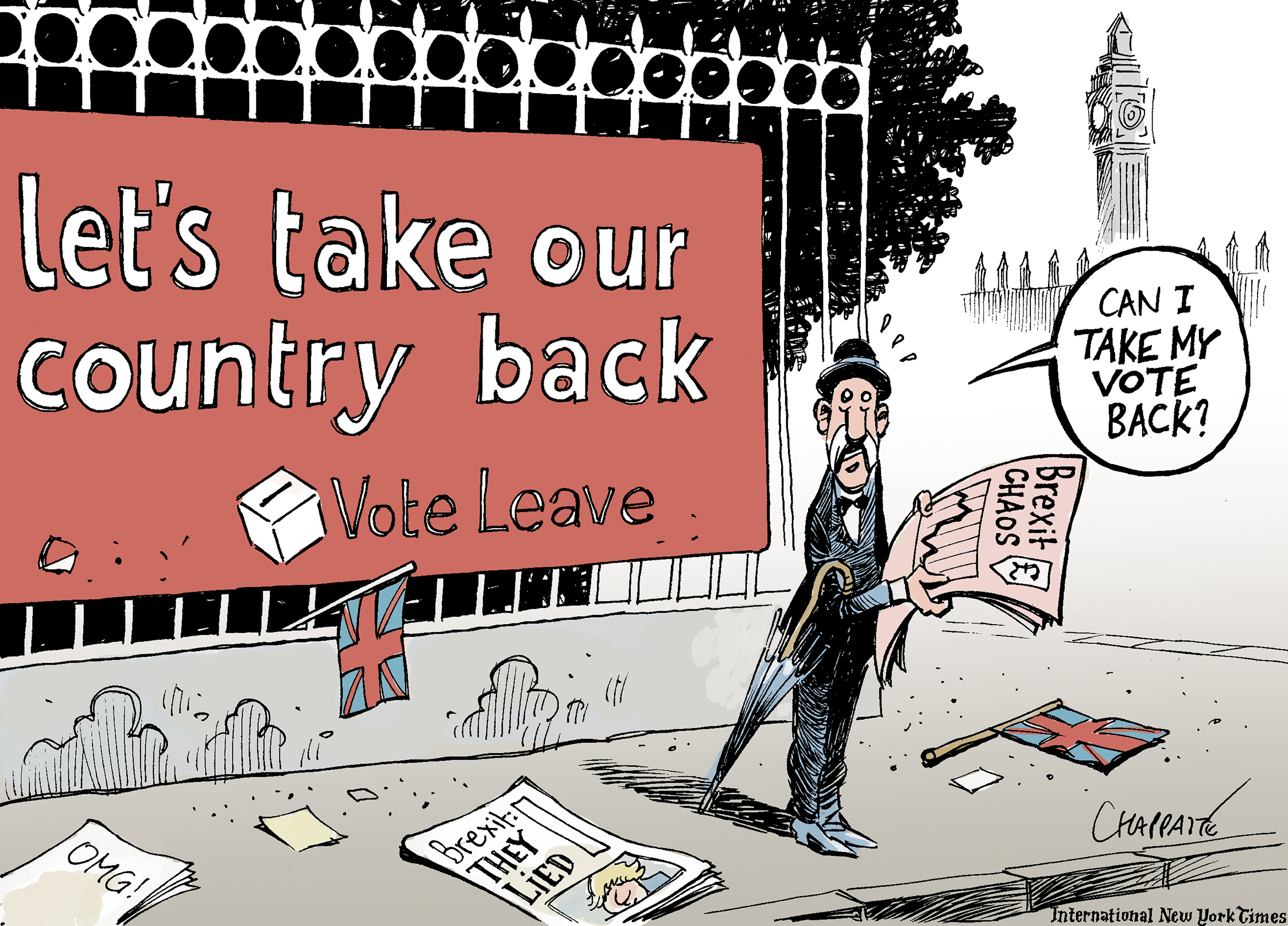 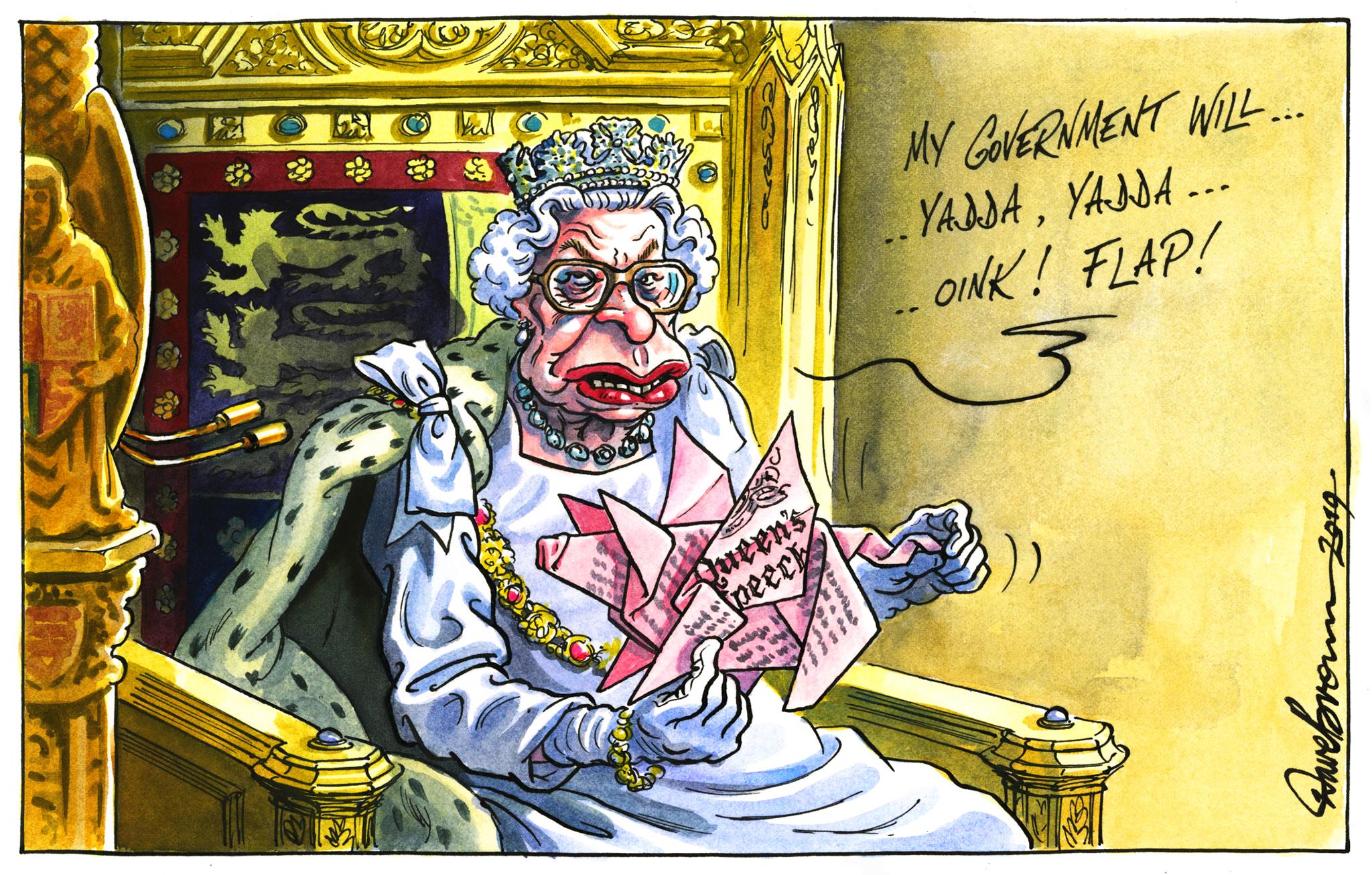 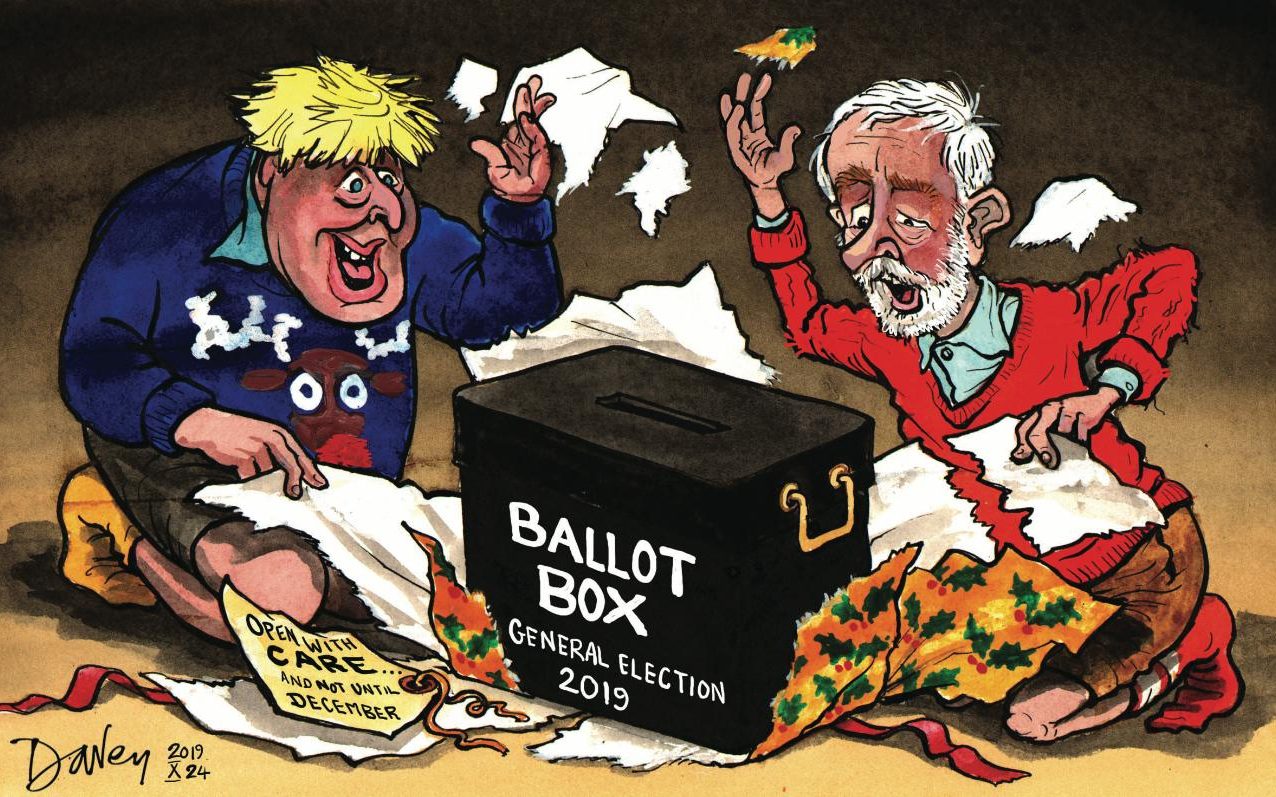 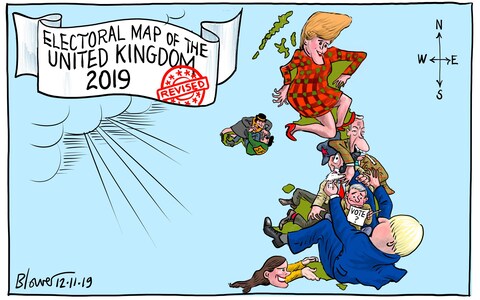 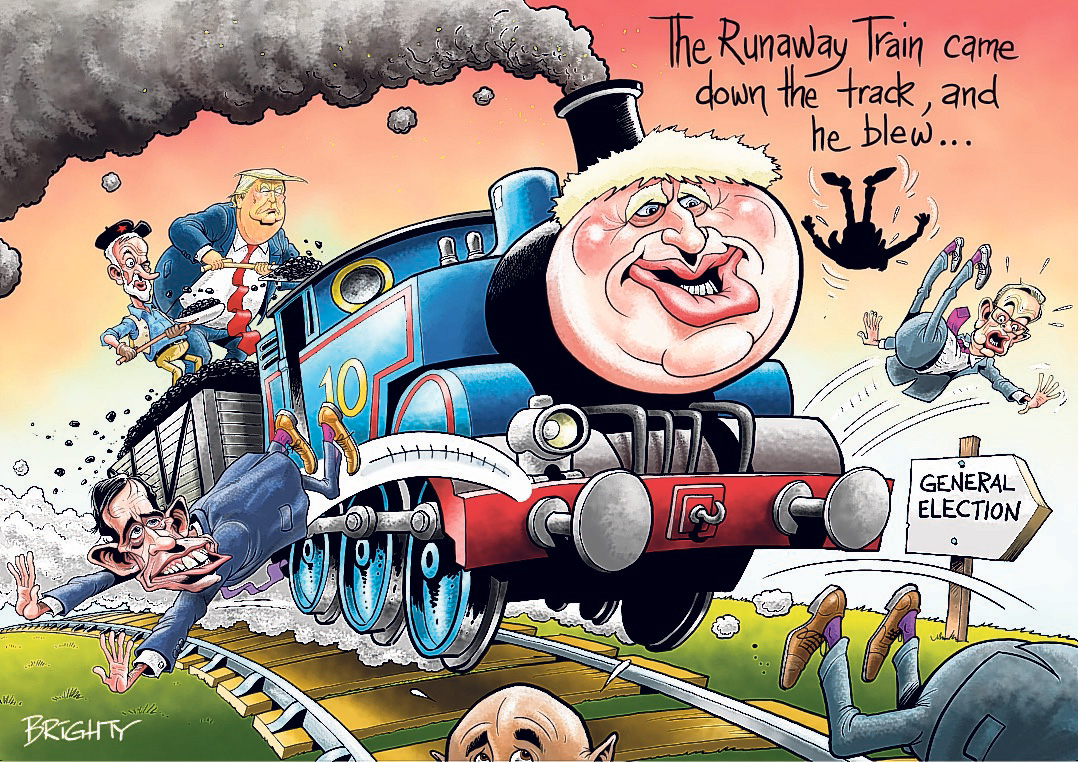 I’ll be out walking all day today, but I’ll be online in the evening…

Munguin will be walking too… or, rather, in his case, being carried about.