YOU CAN SMELL THEM FROM HERE

Munguin takes an irreverent look at the utter farce that is the Tory Party Leadership Race.

According to Craig Murray, it was Dominic Raab’s team that sneaked out news about the bin-raking House Elf and his cocaine sniffing ways. As he says: “Incredible that this process is choosing the UK’s next Prime Minister. It’s like watching rats fighting in a sewer – only the Tory battle stinks much worse”.

Indeed it does, Craig. 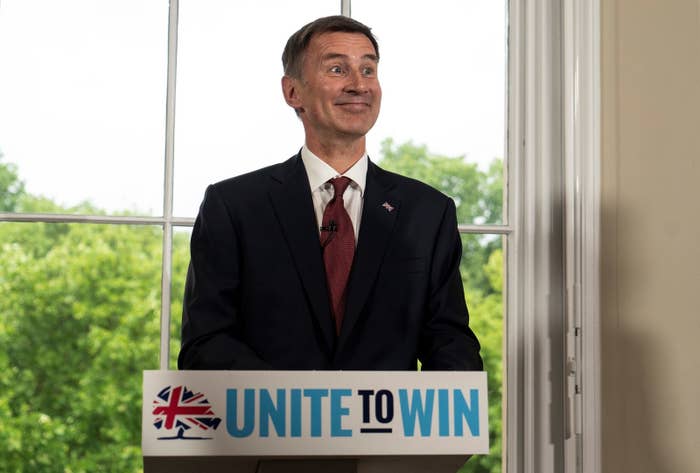 Journalist: So, Mr Hunt, have you ever broken the law?

Hunt (grinning inanely): I wracking my brains, but, no, I think not.

Hunt’s Spokesman:  Erm, see that thing earlier about breaking the law. Well, Jeremy was right, apart from last year when he breached anti-money laundering laws brought in while he was in the cabinet…

Oh well, his crime-free past was good while it lasted! Maybe he was on something when he forgot to declare all that stuff.

Rank (and I do mean rank) outsider in the race, the terminally silly Esther McVey, was dealt a bit of a blow this morning.

And Victoria Derbyshire does a James Naughtie with Hunt’s name… And Boris has proved that he knows his target audience: the well-off elderly “Disgusted of Tunbridge Wells” types who are paid-up members of the Tory Party. To buy their votes, he’s promising a massive £10 billion a year tax cut to the better off, to be paid for by the Brexit Bonus (huh?) and an increase in National Insurance contributions on the less well off. Well, we can’t all be winners!

And I’ve saved the best till last. The idiots’ idiot.

He seems to forget that for a little while at least (well, no one lasted long in that government), Dom was the Brexit secretary, responsible for getting himself and his “country” humiliated by the EU.

"We've been humiliated as a country"@DominicRaab launches his bid to become Tory leader and PM, saying the country has "suffered a loss of nerve" over #Brexit https://t.co/b6dn9NTxLP pic.twitter.com/o7UjXEwLOn